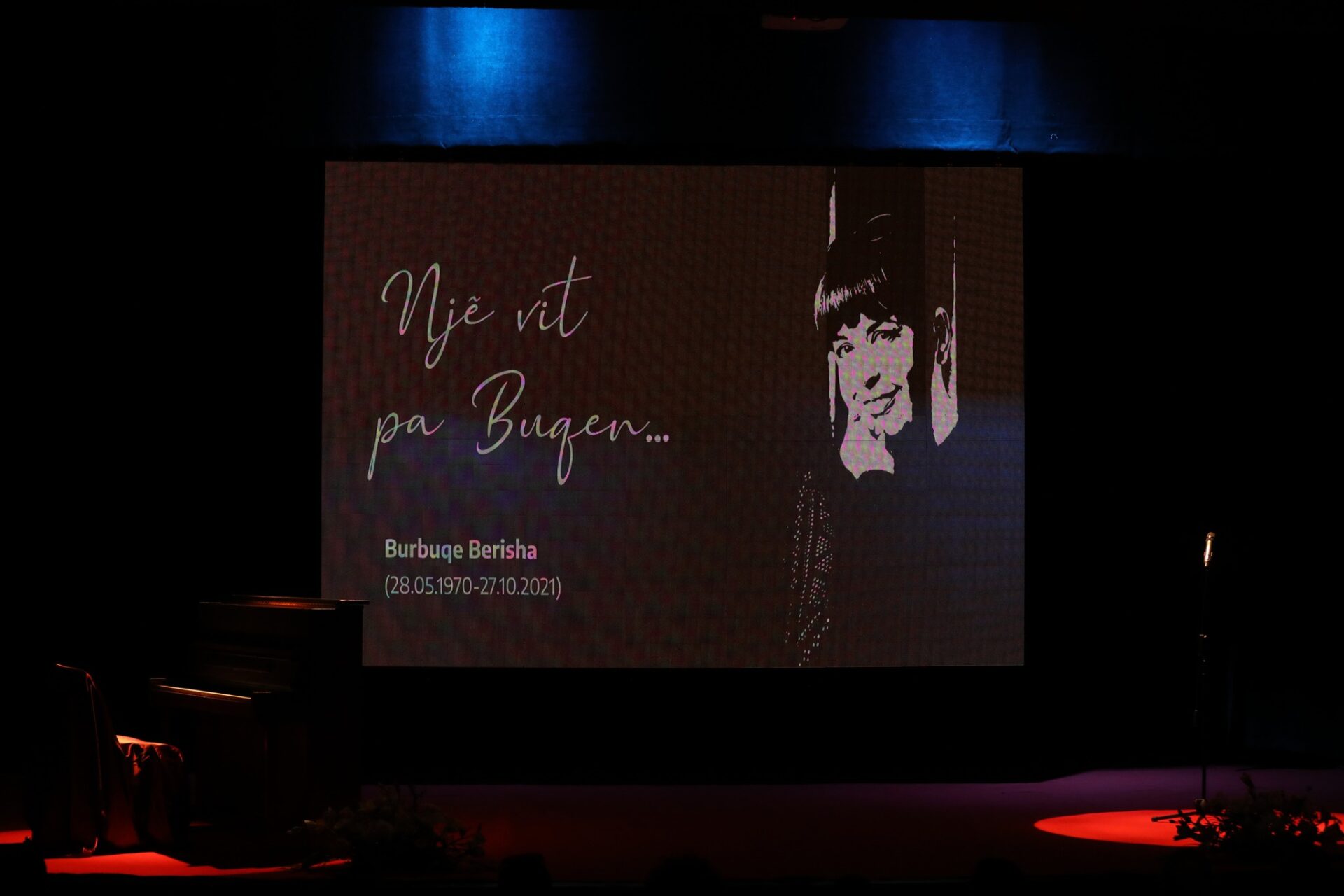 In the “Faruk Begolli” theater of AAB College, a memorial service was held on the one year anniversary
of the death of the director Burbuqe Berisha. Burbuqe’s family members, friends and colleagues fondly
remembered the great work and commitment she has made in the field of culture, making indelible
contributions.
Burbuqe’s sister, Trëndelina Berisha, said that she is proud of the success she has achieved and how her
work and life will be remembered after a year.
Her close friend and well-known actor, Ilir Tafa, thanked those present for their participation, saying
that the memories of his friend Buqe have remained indelible and everyone at AAB College has a
memory of her in their hearts.
Shkurta Aliu, representative of the Ministry of Culture, Youth and Sports, said that the loss of Burbuqe
was the loss of a very important art figure. She added that the Ministry of Culture will commit to the
maximum so that her heritage is passed on to other generations with great pride.
The director Burbuqe Berisha was the founder and director of the “Prishtina International Theater
Festival” which is held in the theaters of AAB College, where in honor of her memory in the sixth edition,
the festival kept her name.