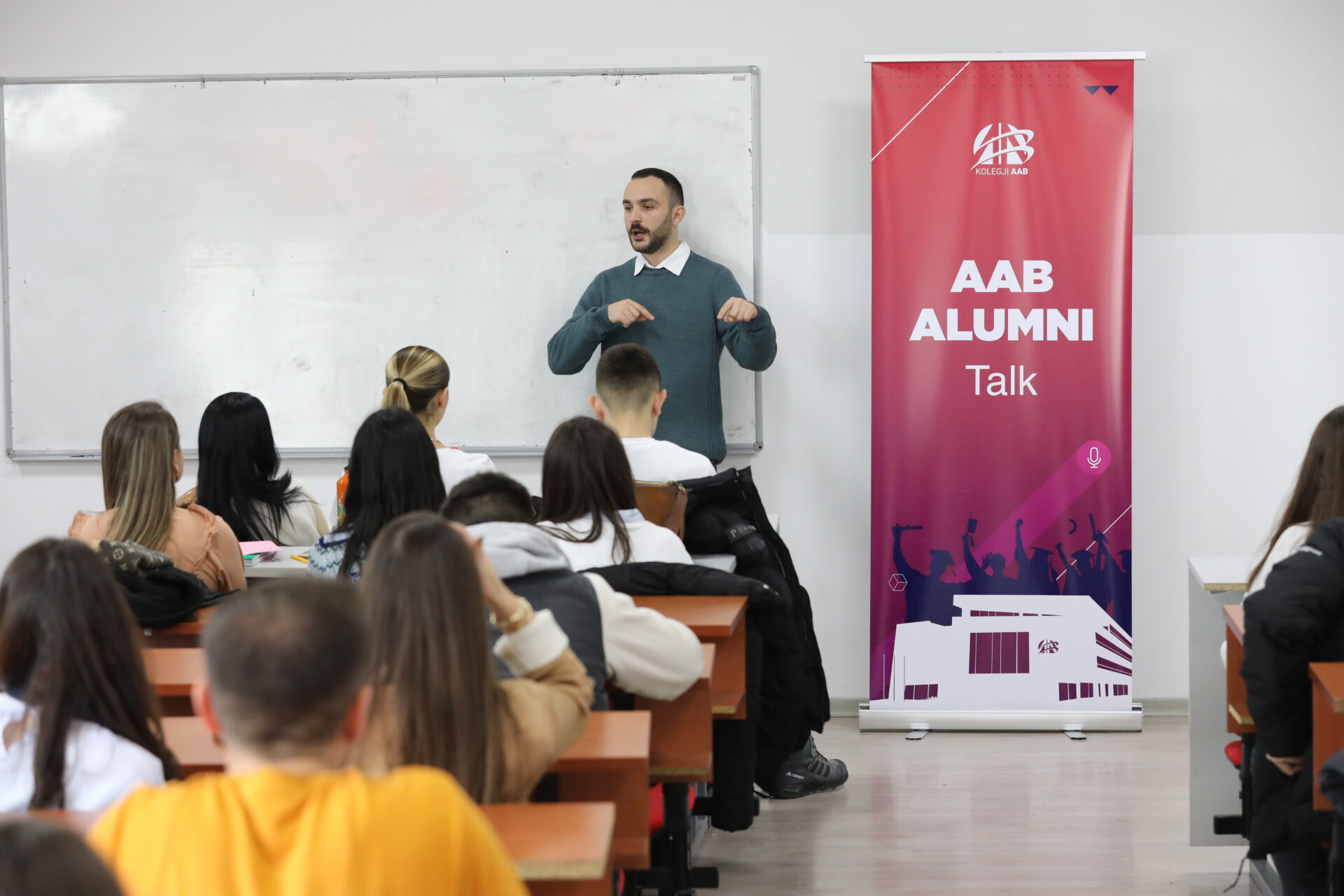 The Career Center continues its works in promoting graduate students. The following guest of the AAB Alumni Talk is Paris Guri, a graduate of the Faculty of Public Administration.

Alumni Paris talked about the student life at AAB and his professional achievements. According to Paris, “the most important thing that AAB College has, that other competitors do not, is how they seamlessly interweave theory and practice in their classes.”

Paris advised students to dedicate themselves to their studies and to cultivate as much knowledge as possible from the AAB academic and professional staff.

Paris Guri, a former student of AAB College, has contributed to several non-governmental organizations. First, he became a project manager at Sbunker, later an executive director at truAktiv, and currently is engaged as a human rights activist. 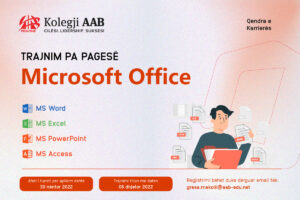 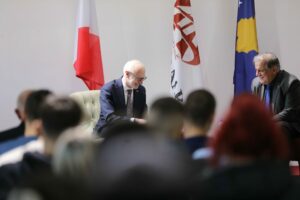 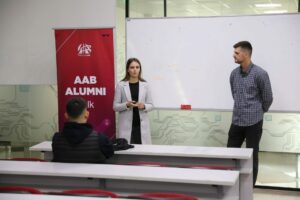