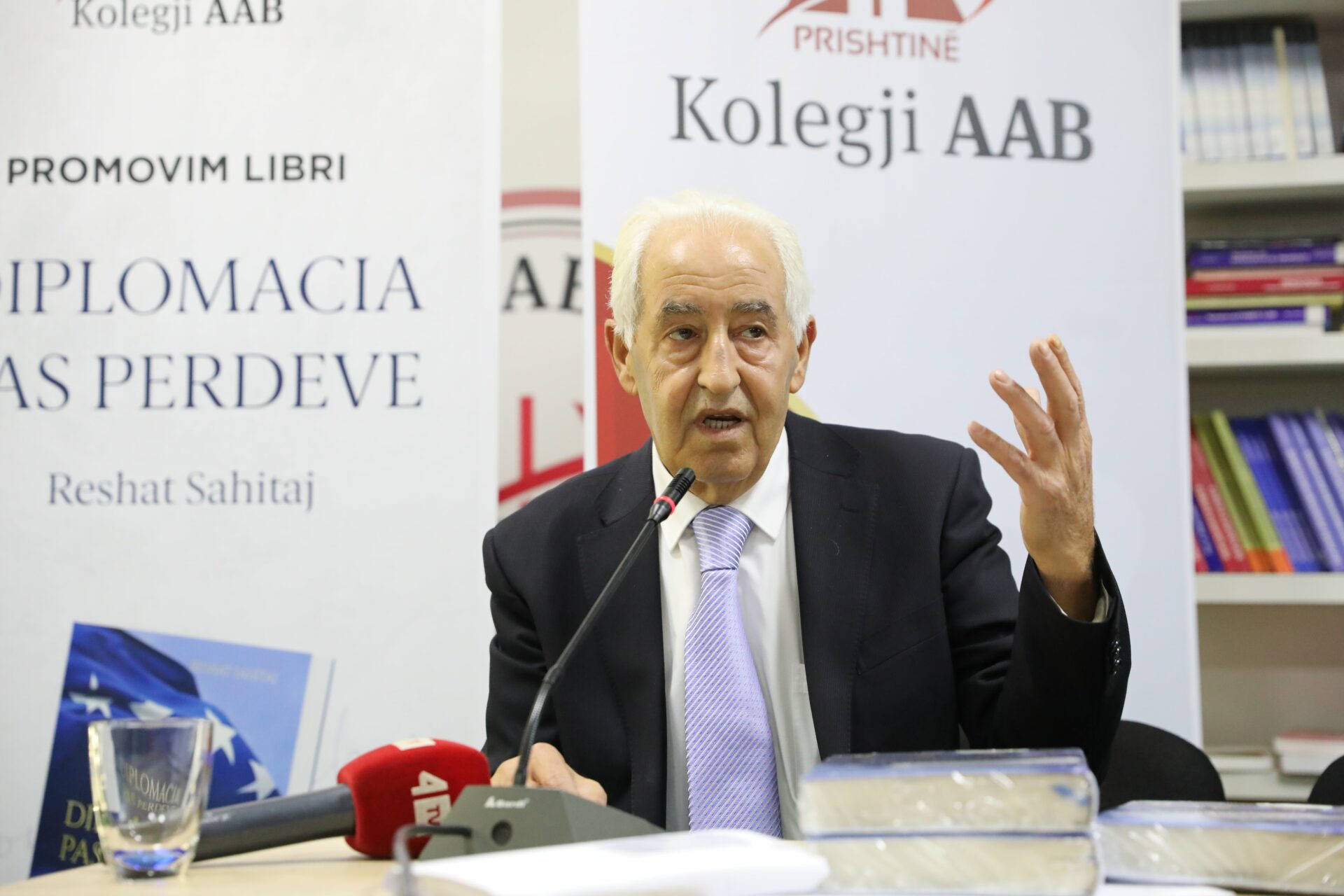 The promotion of the book “Diplomacy behind the curtains” by Reshat Sahitaj happened at AAB College. This book, which talks about the role played by foreign and local diplomats, to promote Kosovo, especially during the war, to inform the world about the situation, was also highly praised by the special guest at AAB College, the well-known German politician and former member of parliament of the European Parliament, Doris Pack.

She said that she has constantly tried to make Kosovo’s voice heard in the European Parliament, especially at the time when the war was happening in 1998-1999. Furthermore, Pack added that she is very grateful to Sahitaj, who has appreciated her contribution so highly, which she said was only done so that the new generations can live freely and in peace.

Even prof. ass. dr Eqrem Zenelaj, reviewer of the book, mentioned the fact that this book deals with very important topics, chronologically listing all the personalities who played a key role in the history of Kosovo’s state building.