About 192 male students at age of 17 were involved in the research work. The model was created by means of 12 anthropometric variables and 14 variables of motoric abilities. As it was proved by statistic analyses that there is a normal relation in all tests then just the relation between these both areas was presented by using the method of correlation and regressive analysis. On the basis of this method it was possible to prove that the system of the anthropometric variables is a good predictor for the most basic motoric variables as a whole, but also by means of some separated anthropometric variables a quite exact result of some movements testes can be predicted. Herewith it was possible to prove that even it is a model of students and that can be classified as a non selected model, the result however which has been reached is evident when considering the morphological characteristics of the tested movement exercises.

The relation between the different dimensions of the psychometric status of human beings and apart between the anthropometric and motor status is a matter which continuous to be one of the most interesting research cases in the field of sports. This is  an  important matter due to  the fact that the gained information out of the analyses of these reports reflects clearly the relation and dependency between these dimensions which are important for the planning of the transforming processes in the different categories and age groups.

The multi dimensional status of human beings as well as the

interdisciplinary approach when researching the transformation process of human beings requires a good knowledge of all these indications which are caused by various factors. The organized physical activities which are closely included in the frame of people’s general activities play also an important role during this transforming process. The different forms of these activities offer the possibility to include a large number of the population and especially the younger generation. The multidimensional complication of the status of human beings is displayed especially during the growth and developing periods where the relation reports considering the dimensions continuously vary. Because of the fact that the biggest transformation impacts the younger generations it is of high importance to do a scientific professional work based on knowledge of the human system. By means of this work we try to find out the relations between the movement and anthropometric dimensions among the students at the age of 17 and by considering the fact that this just indicates a part of the general transformation level as it is necessary to have all dimensions in order to get a complete overview. Some of the researches that treated the same topic where:

K.Ivanisheviq, in the year 1982 in the research work, Comparative analysis of the structure of motoric activities among the male and female youth” tested with 391 women and

„Morphological development and some motoric characteristics and differences of these characteristics chronologically ordered according to the respective age group“, there were 461 tested persons subdivided in three age groups (15, 16 and 17).2 H. Rushiti, in the year1999 wrote his thesis about the topic “The structure of factorial anthropometric dimensions and their relation to some motoric capacity of the youth at the age of 13-14, 205 tested students.3

The tested persons in the model are 192 male students at the age  of  17  in  the  Secondary  School  “Vëllezërit  Frashëri”  in Lipjan. All participants were in good health in the testing time.

In the model of anthropometric variables are included:

Whereas  in  the  model  of  motoric  variables  we  have  the following variables:

In order to define the relations between tests, the regressive analysis has been used as a method which determines the possibility of predicting the result of a variable which in certain cases is a criterion of basic movement tests out of the predicted variable system as for example in our case, anthropometric variables. Herewith the following data were defined: RO (multiple correlation), DELTA (percentage of the explained common variability), Sig (statistic validity), Beta (coefficient beta),and sig B significant level of these coefficients.

Due to the proved facts resulting from a series of similar research works, the aim of this research topic was to prove the relations as well as to define the size of impact of the anthropometric variables on the result of the movement tests. The hypothesis is based on this fact.

H: It is anticipated that the anthropometric dimensions are to have an important impact on the manifestation of the majority of motoric tests.

The results in table one Nr. 1 show that the most relations of these variables are under the level of statistic importance, in both levels of probability: 0.1 and 0.5. These data indicate high heterogeneous relations between both cases.

Important statistic relations were shown by the parameters of body and ekstremiy height tested by flexibility- their value is about 198 to 289.

In table nr.2 all principal elements of the regressive analysis are presented such as: multiple correlations (RO), coefficient of the determination (DELTA) and valuation (Q). By means of this table we can see that the main impact on the anthropometric system is shown in 10 movement exercise such as: thrstju, sup30S, pushup, sthapol, sthorbo, sindrich, glent, stepsaiw, a8whu, and polyback

low  values  of  prediction  of  the  system  of  anthropometric variables are shown.

Table Nr. 3 shows a statistical relation between the system of the predictor anthropometric variables and the variable three step jump as a motoric variable, with a multiple correlation value of RO=.388, that means 15% of the common variability of the system and criterion variables. When analyzing the partial coefficients of regression (coefficient beta), which shows the partial impact on the realization of the movement exercise, we see that there is just an impact on the parameter of the thigh perimeter. This leads to the conclusion that the best results were reached by the pupils which have a shapely musculature in the lower extremity.

Tab.4. Regression of the variable sup30S

In table Nr. 4 we see the relations of the variable sit up within 30 with the system of the anthropometric variables. The level of impact shown in the statistic results from the value of the multiple correlation RO= 420, that means 17% of the common variability of the criterion predicted variable. When considering the analysis of the partial coefficient it is worth while mentioning the negative impact of the height, weight and hypodermic fat content parameters even if they do not have the necessary significant level.

Tab.5. Regression of the variable pushup

Table Nr.5 shows an important relation between the criterion push-up and the system of predictions with a coefficient of the multiple correlation of RO=.545 which means 29% of the common variability at the level of significant.000. When analyzing the table of partial coefficients we see that the only important impact, when realizing the exercise push -up, affects just the parameter of the arm perimeter. A fact which leads to the conclusion, that just the persons with a shapely musculature in the upper extremities can reach good results.

Tab.6. Regression of the variable benarha

There  is  a  high  relation  between  the  regression  of  the variable bent arm hang (showed in table 6), with the system of the anthropometric variables with a coefficient of multiple correlation of RO =. 439. That explains 19% of the common variability of the significant 000. When considering the partial coefficient we see that the best results where reached, when realizing the test static Hanging on the pole by the persons with a shapely musculature of the shoulder area and arms, as these parameters show positive relations. Negative results have shown the parameters of the leg length and arm skinfold. This leads to the conclusion that the persons with long legs and a high percentage of fat content in the arms have hade problems in doing the test.

Tab.7. Regression of the variable ollyb

In table Nr. 7 we see an important relation between the criteria variable horizontal hold lying on the back and the system of the predictor variables with a value of multiple correlation of =.362, which shows about 13% of the common variability with regard to the predictions.

Whereas a partial relation is showed when realizing the exercise horizontal standing in the perimeter of the arm that means that the persons with a shapely body musculature were the most successful in this test.

Tab.8. Regression of the variable sindrich

An important relation between the predictions resulted also from the movement variable sit and rich test, (tab. nr.8), with a multiple  correlation  of  RO=.372.  That  shows  14%  of  the common variability system. The partial coefficients show an important positive relation to the parameter of the arm height. The persons with a high value of the waist girth and fat content in the back and arm showed difficulties in realizing the exercises.  The  next  test  that  of  flexibility  MPTPUL  (tab.nr.

10.11) has shown similar results there is a positive relation and the main impact is caused by the parameter of arm height.

Whereas the tests of stepsaiw) steps- side wards, (a8whu) agility eight with hunkering, (polyback) polygon – backwards.

Coordination, even if (tab. nr. 10.12, 13 and 14) have shown an important relation to the system of the anthropometrics with a coefficient of RO=.350, RO=.426 and RO=.445, the partial relations do not present a logical interpretation.

Verification of the hypothesis

Based on the achieved results we can say that:

H – Hypothesis was completely proved as the system of the anthropometric variables has proved itself to be a good predicting feature to realize the most of motoric exercises.

This study was created by testing male students of secondary school at the age of 17. The tested persons are students of the Secondary School “Vëllezërit Frashëri” in Lipjan. In the sample were used 14 motoric and 13 anthropometrical tests.

The results of the regressive analysis show that the system of the anthropometric variables is a good predictor for the realization  of  most  motoric  exercises,  a  fact  which  can  be proved by the important coefficient of the impact. The major impact on the motoric variables was shown when realizing the tests of static and repetitive strength. But it did not result of being  effective  during  the  tests  of  explosive  strength  and motoric frequencies.

So the hypothesis is completely proved. 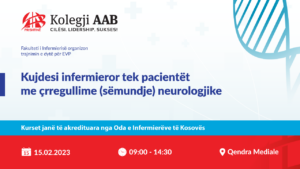 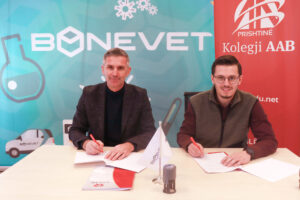