News On a solemn ceremony, AAB College honors the former member of the European Parliament, Doris Pack, with the International Award for Democracy and Integration 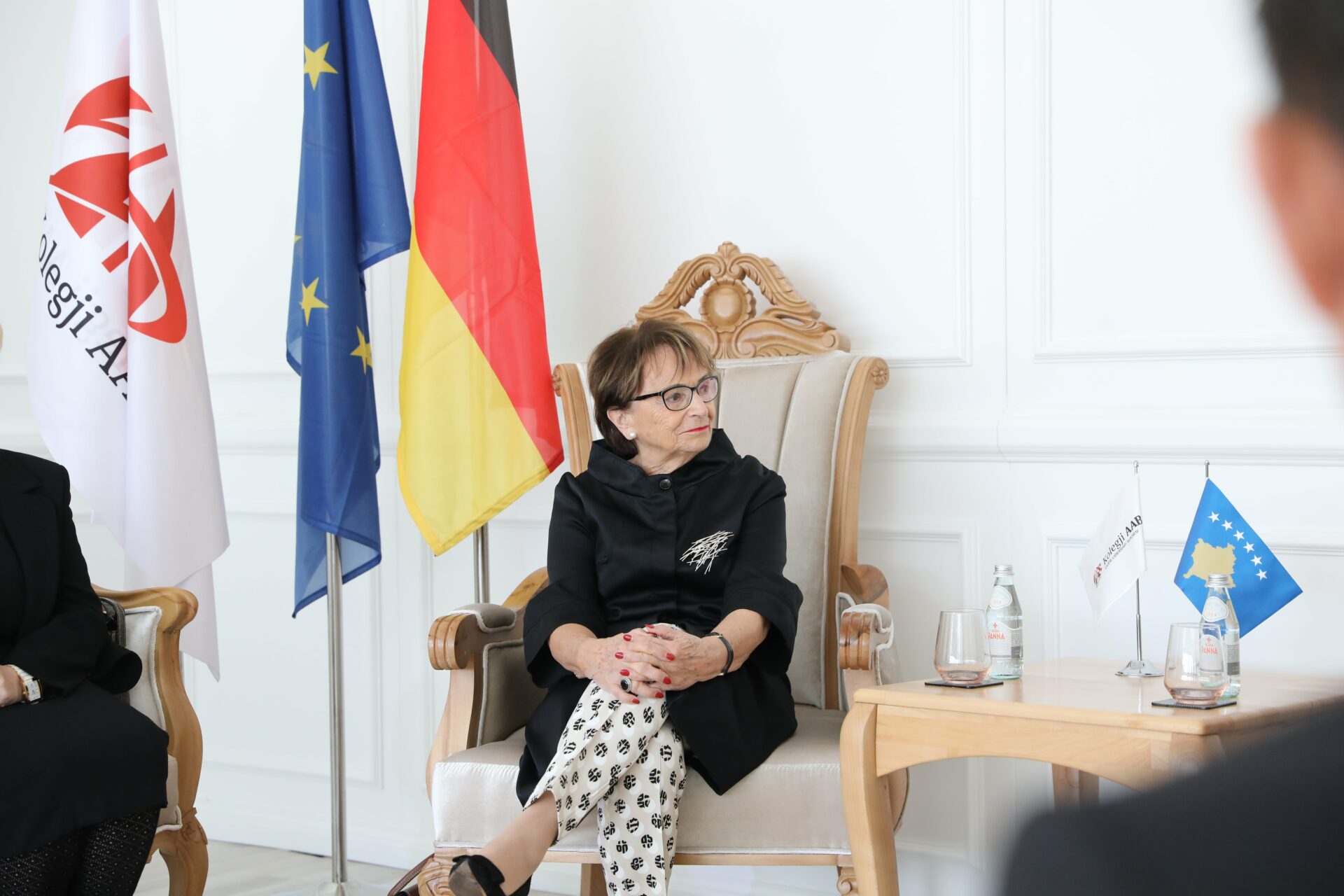 In AAB College, one of the most important figures, who contributed and supported every process in Kosovo that dealt with freedom and independence, was honored with a special ceremony, the former member of the European Parliament, the well-known German politician Doris Pack.

She was awarded the “International Award for Democracy and Integration” of AAB College, by the Rector prof. dr. Bujar Demjaha. In his speech, Demjaha said that because of the contribution made by Mrs. Pack since the difficult and challenging times for Kosovo, up to independence and freedom, everyone is grateful to her. He described Mrs. Pack as an intellectual politician, an honest and a distinguished lady.

Politician Tërmkolli, appreciated the role of Mrs. Pack in the inclusion of women in politics and decision-making, while she said that she helped us in the entire journey towards freedom and building a democratic state.

During the ceremony, there were also artistic highlights, where professor Lule Elezi played a piece by Beethoven on the piano, while Vesa Ibrahimi, a student of the Faculty of Arts of AAB College, presented a painting with the portrait of Mrs. Pack.