News The Minister of Justice Albulena Haxhiu, delivers an awareness lecture for the students of AAB College

The Minister of Justice Albulena Haxhiu, delivers an awareness lecture for the students of AAB College 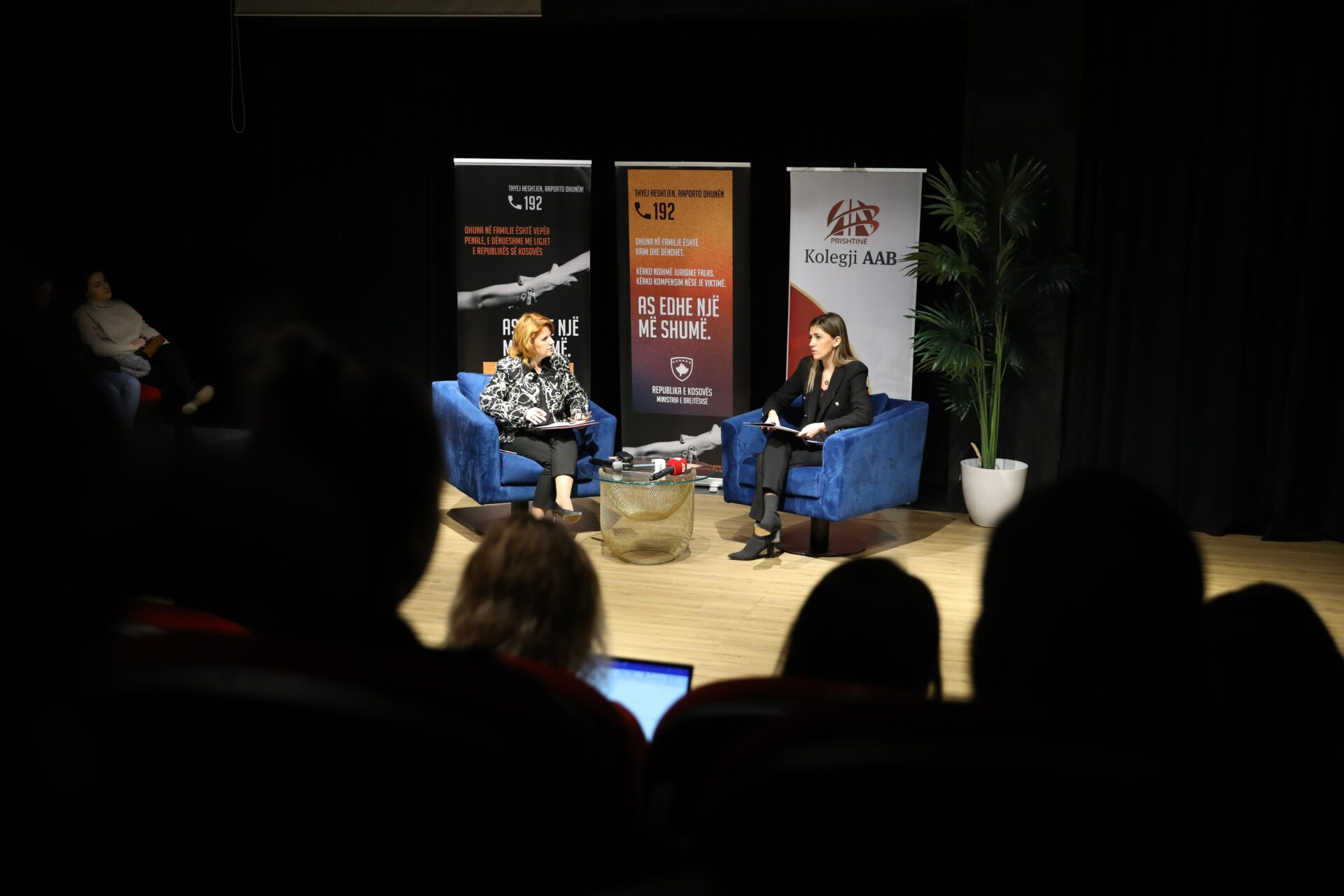 The Minister of Justice, Albulena Haxhiu, held an awareness lecture for the students of AAB College, within the framework of the 16-day international campaign of activation against violence against women. Haxhiu, discussed with the present students about the state and relationship of justice with the victims of violence as well as the steps that have been taken so far to fight this negative phenomenon.

She told about the awareness campaign that is being held which started on November 25 and that Kosovo has for the very first time undertaken steps to lead it, where she said that the purpose of this campaign was to extend to each municipality and area, and especially in areas where the statistics of violence are disturbing.

Further, Minister Haxhiu added that femicide is extremely expressed in our society, due to the patriarchal system and often the dysfunction of justice.

The students and professors of AAB College asked Minister Haxhiu questions about the vetting in justice, the increase in punishment for perpetrators of crimes, the progress of processes related to justice and questions about the functioning of municipal levels in reporting cases to the competent levels.