News ‘’100 poems’’ in montenegrin Language from the poet Lulzim Tafa

‘’100 poems’’ in montenegrin Language from the poet Lulzim Tafa 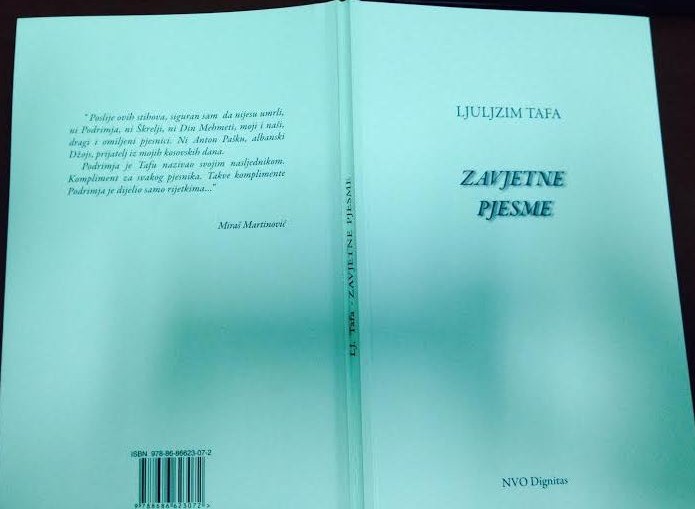 The publishing house “Dignitas” from Cetinje, the most popular in Montenegro, has translated 100 poems of the poet Lulzim Tafa, summarizing a book in an exclusive publication, that it has been entitled “Songs of Supplication” (Zavjetne Pjesme).

Montenegrin Review and the editor of the book, remarkable Montenegrin writer Mirash Martinovic has rated Lulzim Tafa as one of the most marvelous writers of the Balkans. He praised and thanked the Publishing House “Dignitas” and the director of this house Vuka Lampart, who has chosen to translate the poetry of this poet from Kosovo.

“When I read poet Tafa for the first time, initially in Bosnian language and recommended for translation by the outstanding Bosnian poet Abdullah Sidran, I noticed that Tafa is an interesting poet with exceptional style and with findings that takes your breath away”.

He said that Albanian literature remains a powerful literature by mentioning other poets from Kosovo such as: Ali Podrimjen, Azem Shkreli,Din Mehmeti etc.