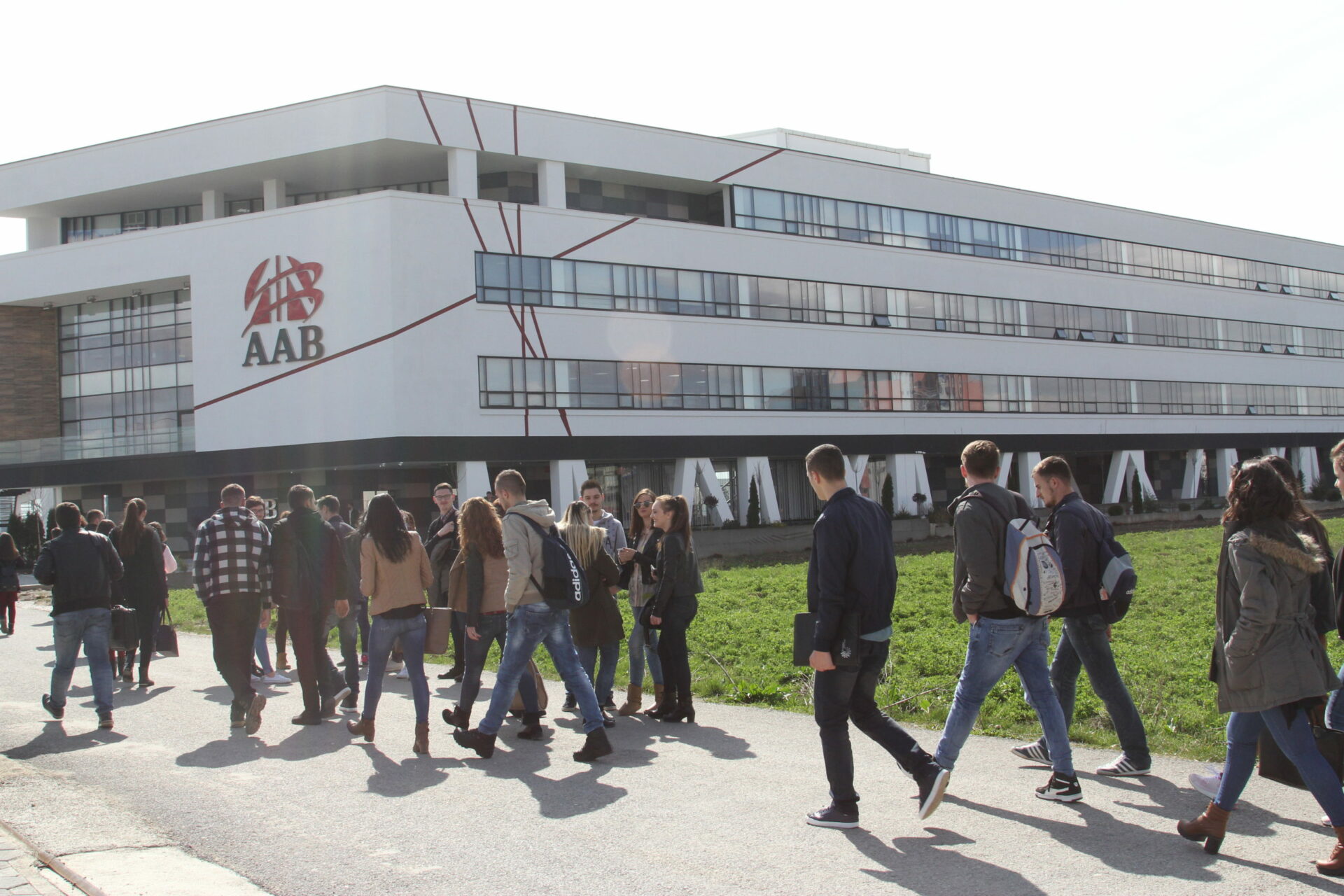 To enter to the AAB College to continue the studies or to participate in a prestigious race in the United States, with full scholarships being supported by the institution itself, international organizations and local government institutions and the US for students of AAB College is not difficult.

As an example some candidates, who have completed their studies at AAB College, a master’s courses are now being continued in the United States.

Ngadhnjim Halilaj and Dren Puka, who have finished bachelor studies  for Management and Informatics of Faculty of Economics, are now continuing their Master studiesin the US, at Northern Illinois University, and Arben Fejza,who have  graduated in English language on the academic year 2016/2017, now will start studying masters in is in this state, and all three thanks to full scholarship earned by organizations WorldLearning in collaboration with USAID and the Ministry of Education, Science and Technology (MEST), in program- Transformational Leadership Scholarships program and Partnerships (TLP- SP).

Besides further studies at AAB College students in the United States, participated in numerous prestigious races from different areas, areas that are mainly studied at AAB College, grabbing gold medals, and first prizes and others.

ArtanAvdi, student of the Faculty of Mass Communication, management Production, for seven days remained in the US, and has participated in “International Peace & Film Festival”, held in Orlando, Florida, and won “Essence Award “film” absence “. Artan Avdiu together with Shqipërim Selimi, who are the authors of the film, the film had been only for a project on the subject “Montage”, but after the positive reviews it received from the professors of the course Zijad Mehic and assistant Albin Xharra, was taken to the short festival, where the film immediately after its application was nominated in the category of “Student Short Film” and “Ambassador of Peace”.

It is worth mentioning that in the prestigious race NASA – Space Apps Challenge 2015, that was held last year, but in the US, the mentor of design of the Faculty of Graphic Design, has been Visar Spanca.

A month go, this year, AAB College students won three gold medals in New York, in the XXI Tournament Hiraldo International Karate’s Kai Shobukan, in Queens, New York. Seida Suma, a student of the Faculty of Economics, took first place in individual Kata and won the gold medal; Hantija Ibroci, student of law, took first place in individual wars, and also grabbed the gold medal, while Antigona Rama, a student of Physical Education, was awarded with second place in the individual struggles and grabbed the silver medal. In this tournament attended 14 countries with around 500runners.

The result of these achievements is that students of AAB College are offered  the curricula, which is in accordance to the same university curricula’s the greatest  in the world with all levels and programs of study.