News At AAB College was held the debate “Interfaith Tolerance, the power of Kosovo Citizens”

At AAB College was held the debate “Interfaith Tolerance, the power of Kosovo Citizens” 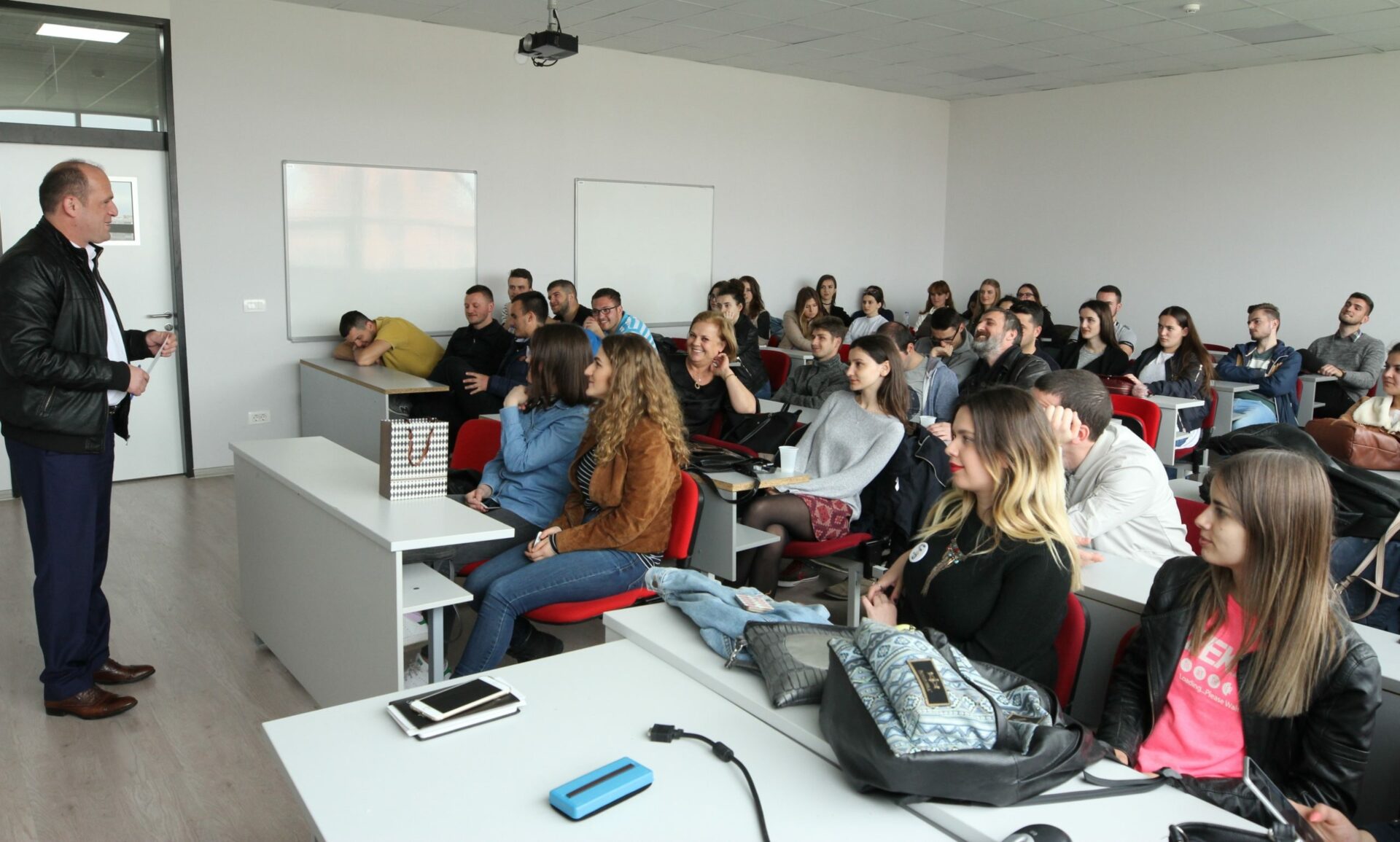 “Interfaith Tolerance, the Power of Kosovo Citizens” was the theme of Bekim Jashari’s Speech, President of the Islamic Community in Podujeva, which was held at AAB College, within the framework of the United For Peace campaign.
Jashari told the students that maintaining of interfaith tolerance that has always characterized the Albanian nation represents security for the new generations to come.
Jashari appealed to Kosovar parents to notify the responsible authorities if they see any suspicious act from their children.
At the end of the lecture, was also held a debate with the students on this topic.Students wanted to know from Imam the relationship between Islam and other religious believers.
The United for Peace campaign is designed by AAB College students within the framework of the global youth awareness campaign against violent extremism, supported by the US Department of State and Facebook.