Within the realization of the research project “Study of its indictment and victimization” of the Faculty of Law of AAB College, at Campus of Ferizaj, was held a roundtable on “Juvenile Delinquency in primary schools in Ferizaj”, where were present citizens and the local representatives of the Municipality of Ferizaj, representatives and directors of primary schools in the municipality, as well as professors and students of AAB College.

Earlier this table was presented as the results of research “Study of indictment and victimization”,were surveyed through anonymous questionnaires , a total of 1270 respondents. The survey was conducted in six primary schools in the municipality of Ferizaj, which are: primary school “Tefik Canka”, “Jeronim de Rada”, “Ahmet Hoxha”, “Ganimete Tërbeshi” “Imri Halili”, “Konstadin Kristoforidhi”.

The purpose of this workshop was the verification and interpretation of results and interviews made with students of six elementary schools, mentioned above, to discuss, comment and evaluate critically, giving recommendations for the prevention of delinquency children in primary schools.

Meanwhile, prof. dr. Ragip Halili said that this meeting has  also the  intention to enable the students and to develop their capacities for empirical research work. 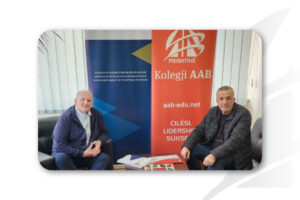