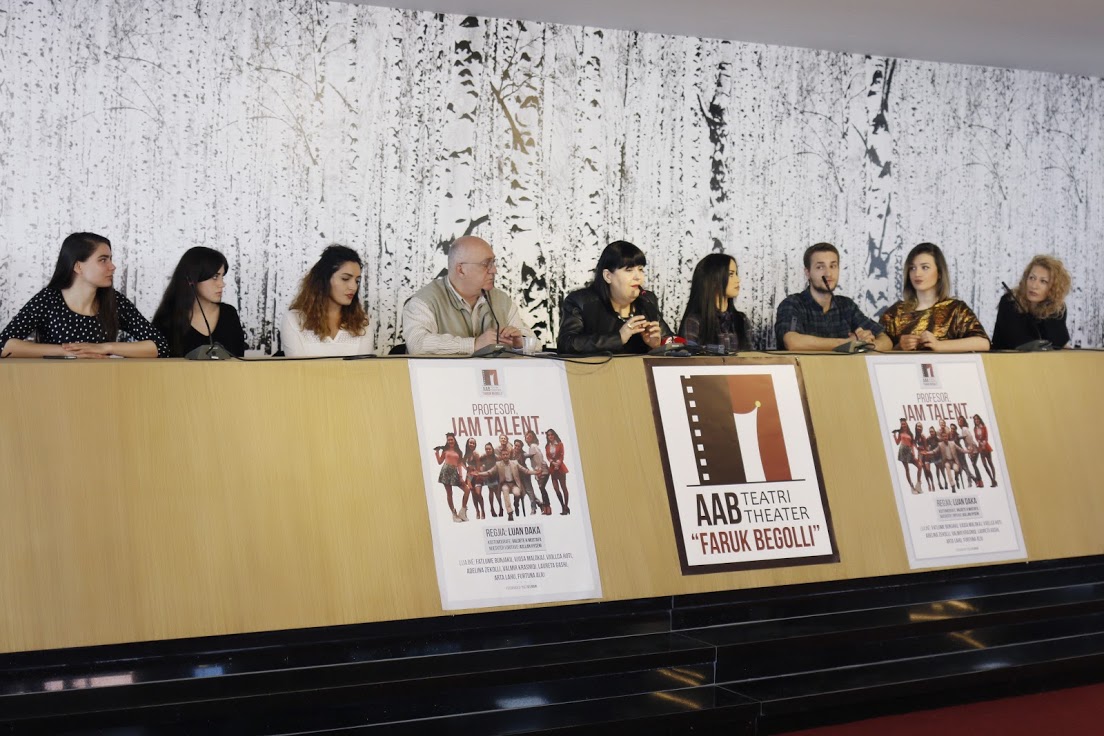 The leaders of the theatre, in a press conference spoke about the idea of creating its importance, repertoire and activities in the future.

The Director of AAB Theatre “Faruk Begolli” Burbuqe Berisha said that:’’ today we have two feasts’’: the first is the inauguration of new theater and the second one is that of the premiere of the play “Professor, jam talent se jo mahi”,that will be shown, a play directed  by professor Luan Daka, together with the team, mainly with young actors, some of whom have graduated and some of whom are still students.

“If you ask why exactly is this show? It is because we have the honor to name the theatre after Professor Faruk Begolli and which show is better to portray profesor Faruk Begolli rather than the play itself “Profesor, jam talent,”she said.

Berisha added that this has been one of the tributes that we wanted to do for professor Faruk.

Also, we have selected young actors and one of the coo-workers of Faruk Begolli, professor Luan Daka, who actually was the director of the play and for sure the privilege goes to him since he is the most suitable person to do this show.

Luan Daka, the director of the show said that: ‘’I was so glad to prepare this show with these young talented actors’’. Inaugurating of this theatre along with this play brings a lot of joy to me but in meantime I feel nostalgic about the time when we used to work with a lot of actors and with the professor Faruk Begolli.

Parts of this play are 8 artists altogether, when 7 are girls and one is a boy and they are: Fatlume Bunjaku, Vjosa Malokaj, Vjollca Hoti, Adelina Zekolli, Valmir Krasniqi, Laureta Gashi, Arta Lahu dhe Furtuna Aliu.

AAB theatre is an independent institution apart from AAB College, for all its spectators there will be a regular program of its own.The theatre will be open for all directors from Kosova as well as for all international directors and will have a regular program though.Something special about it is that we are not going to have plays only for grown people ,we are going to have plays for kids as well. This theater has a number of seats that reaches 400 also has very good fix lighting and sound coverage