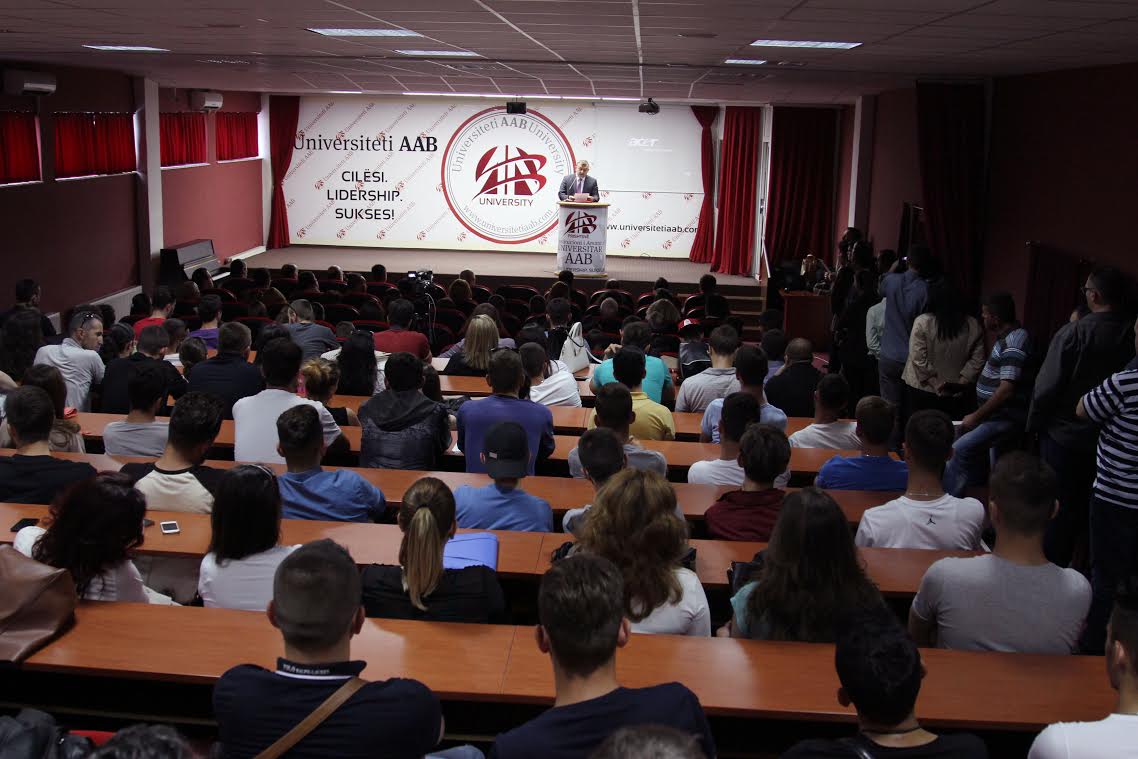 Artan Avdiu and Shqipërim Selimi, students of the Faculty of Mass Communication, Production department, in AAB, created the film “Mungesa” (Absence) and right after applying, the film was immediately nominated in two categories the “Student Short Film” and “Ambassador of Peace”, at “International Peace& Film Festival”, in Orlando, Florida, in the United States of America.

ArtanAvdiu and ShqipërimSelimi, said that in the beginning the film was created for a project within the course of “Film Editing” at the Faculty where we study, but after the positivecritics by our Professors of the course ZijadMehiç and AlbinXharra, we decided to participate at the international festival “International Peace& Film Festival”.

“Knowledge obtained from the course of film editing and generally from the first year lectures, helped us in realization of the film “Mungesa” (Absence), and some other projects that are on the course of realization” said Artan.

The film “Mungesa”( Absence) is a short feature film. The film addresses the lack and importance of water in human life.

The festival “International Peace & Film Festival” will be held between 15-18 November 2015.