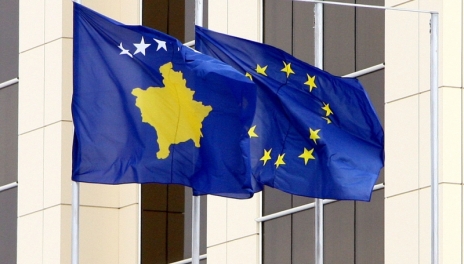 Mr. Libor Chlad and the EU office officials informed their guests that at the next stage education will be one of their priorities at the office because of recent poor Kosovo results in the PISA test. Also, the hosts made a presentation on EU programs in the field of education and communities, including ERASMUS program, Young Cell scholarships program, IPA funded programs such as Alled project for employment, program for support of legal professions etc. In this context, the head of educational programs Mr. Tragoudas promised to look into possibilities of providing better and equal inclusion of students from non-public institutions in European education programs, such as those of mobility and scholarships.

On the part of AAB, vice-rector Mr. Vehapi informed the hosts on measures of AAB for advancing the situation of higher education for communities, including the program of the Faculty of Law in Bosnian, Serbian and Montenegrin languages, the large number of community members studying in Albanian language as well as financial and material facilities (approximately 68.000 euro in three years) provided as fee waivers and scholarships to these students from AAB.

AAB committed to continue with other programs in the community languages and offered cooperation for the implementation of these programs in order to increase movement and academic exchanges in the region.

During the meeting, they discussed other issues as well such as organizing studies in the field of journalism for other community members, organizing summer schools and mobility for students, various obstacles standing on the way of mobility programs (such as visas) etc.

AAB delegation invited guests for a visit to AAB at a time convenient for both sides, which was accepted by the hosts.