In a solemn ceremony, where the highest leaders of institutions of Kosovo and numerous representatives of the diplomatic corps of Kosovo were among the participants, as well as important political persons of Montenegro, the AAB University awarded the International literary award “Ali Podrimja” to the distinguished Montenegrin, friend of Albanians and Kosovo, Jevrem Brkovic.

“Jevrem Brkovic, the great friend of Albanians and Kosovo, whom I have known through his poems, but also through his critical opinions for the regional issues. I am convinced that even Ali Podrimja would have been pleased that the award bearing his name, is being awarded to the greatest writer Jevrem Brkovic from Montenegro today”, said Rector Lulzim Tafa.

Whereas, Prof. Dr. Agim Vinca, the chairman of the jury for the price award “Ali Podrimja” said that Brkovic deserves this award since it is the one of the biggest writers of the former Yugoslavia and the entire region. “Another reason why the prize was awarded to him is that both him and Ali Podrimja were old friends and had good relations“, said Vinca.

The Laureate of the award “Ali Podrimja” 2015, Jevrem Brković, in his speech said that this was a great day for him; he also stated that it was very painful that his best friend Ali Podrimja, was not with us anymore. His speech was mostly about Ali Podrimja, by telling about their friendship even mentioning their dream they had for the independence of these two states: “Together with my brother, Ali Podrimja, dreamed a lot about independence of Kosovo and Montenegro. Finally, your Kosovo is independent and internationally recognized.”, he addressed these words to Podrimja. “At that time, I promised you that Montenegrins will be the first that will recognize independent Kosovo, and we were among first” stressed Brković. 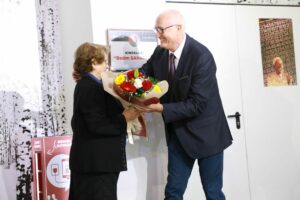 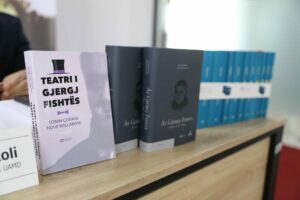