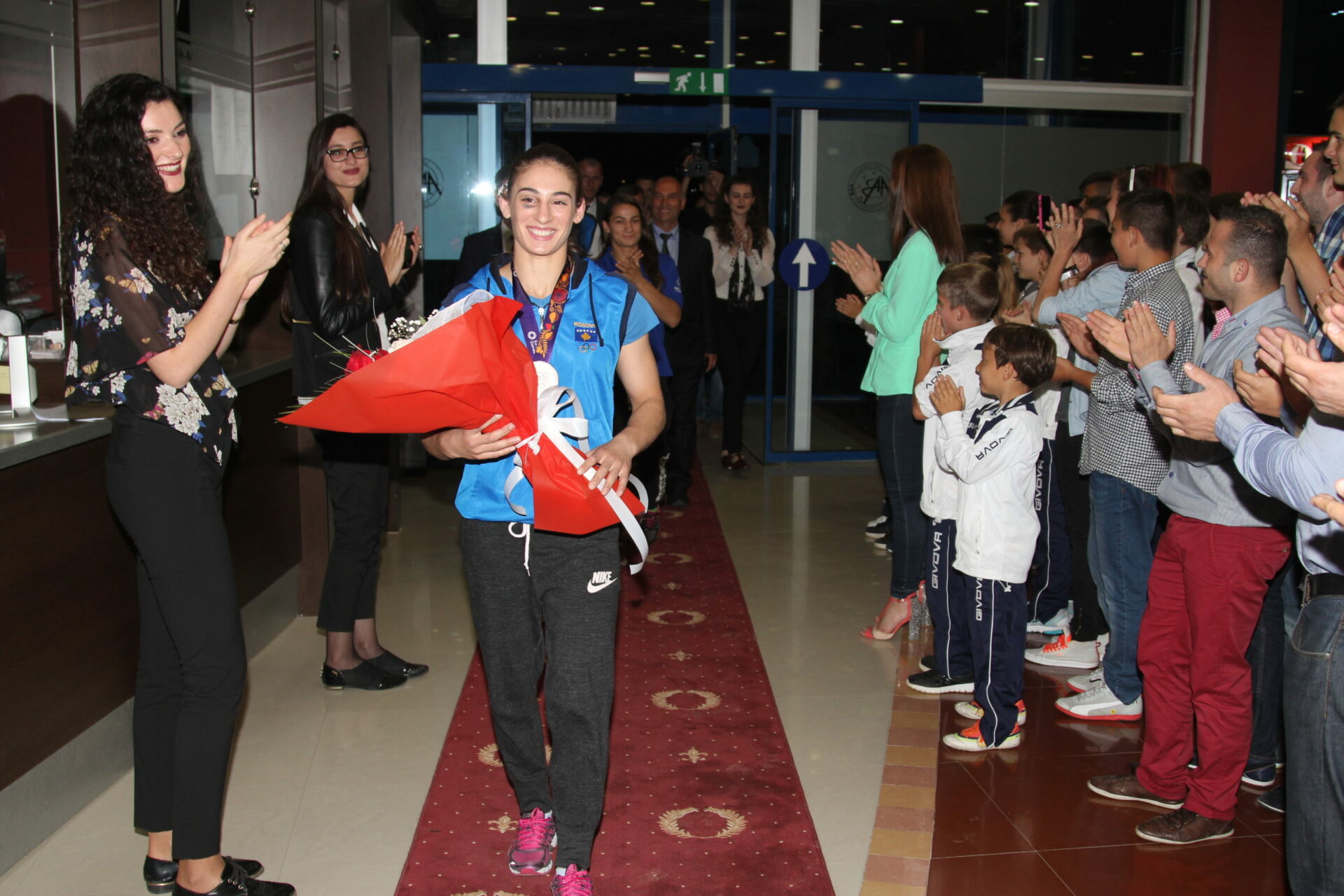 AAB College organised a press conference on the occasion of bronze medal victory by the same College student Nora Gjakova, at European Olympic Games in Baku. Among the participants of this conference also Nora Gjakova’s coach Driton Kuka was present, Majlinda Kelmendi the proclaimed world champion in 2014, the President of the Olympic Committee, Besim Hasani, Vice-Rector for Educational Affairs at the AAB, Mr. Shemsedin Vehapi, a representative from the Ministry of Culture, Youth and Sports of Kosovo, Iber Alaj, as well as students and professors of the same college and other guests invited.

In this press conference, Nora Gjakova expressed being very satisfied with the success achieved and reflected her motivation and purpose for medals. Majlinda Kelmendi, also partaking in this conference, claimed that she felt very happy that Nora managed to achieve the European medal, whereas the Vice-Rector of AAB, Shemsedin Vehapi besides other mentioned that firstly these two athletes were students of the AAB College, which today are listed among the world judo champions.

Meanwhile, the director of the Olympic Committee, Mr. Besim Hasani claimed being extremelypleased that Kosovo for the first time was participating as an independent and sovereign country.