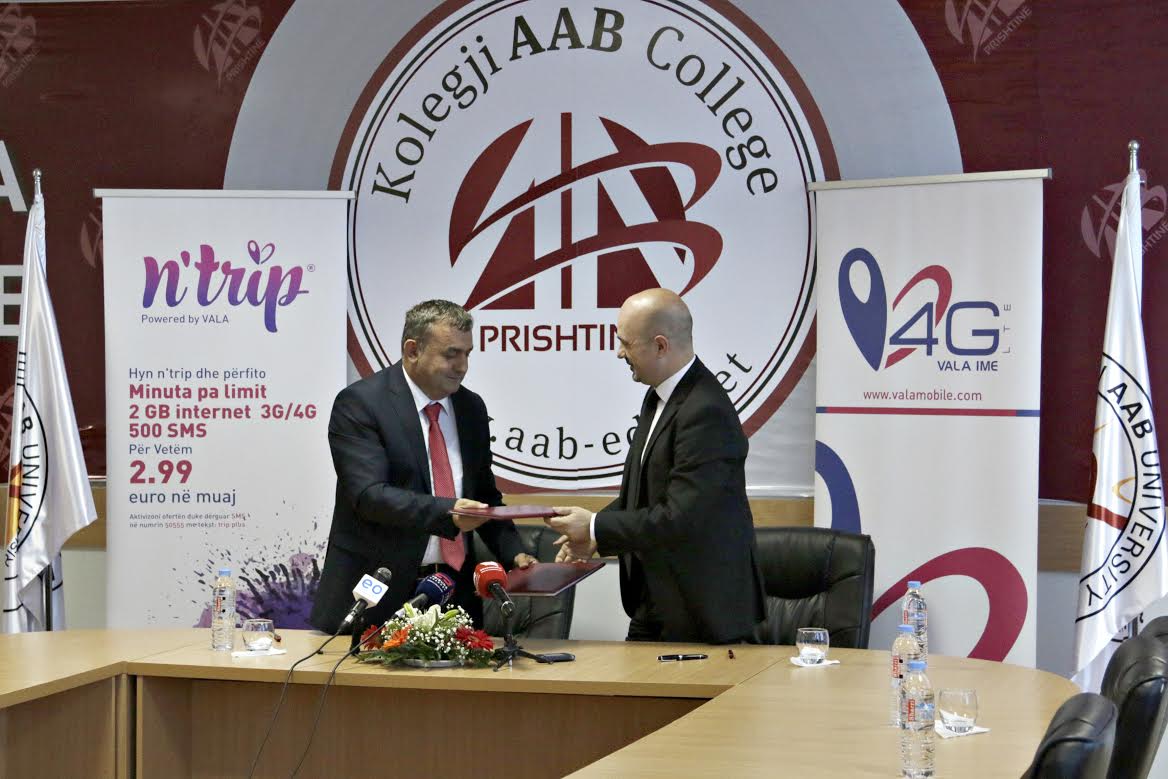 The agreement provides that for the next three years, over 23 thousand students of the AAB College can communicate with thousands of other students, who are already part of the package N’Tripof the public operator Vala.

By thanking all the participants on the occasion of the signing the long term – three year agreement, among other things the Rector of the AAB College said: “We had cooperation with the Telecom of Kosovo in the past, but today we have agreed that this cooperation expands in other various fields. AAB with its potentials, with its students, with academic and administrative staff, will be served with the services of Telecom of Kosovo, whereby the agreement provides that the Telecom of Kosovo will support the various academic, scientific, artistic, sports, etc,activities of the AAB.”

The Managing Director of Vala, Mr. Agron Mustafa, said that he is truly pleased with the signing of this agreement, as this agreement for the Telecom of Kosovo, respectfully for VALA, is one of the most powerful entered into so far.

“This is agreement is made with the most powerful college in the country, and that will begin to be executed from this new academic year,” he said. “Through this agreement we have clarified some things. In fact, at least 15 thousand students will be part of the N’trippackage communityprovided by public operator VALA”Mustafa stated.

All students of AAB who will be provided with new ValaSIM cards and will be part of the “N’Trip”package, which was launched three months ago aiming that the majority of young people in Kosovo and students be part of this package, as it is most attractive with highest quality.