News AABtalks with Ramiz Kelmendi/Deputy Prime Minister of Kosovo: I have achieved success with integrity

AABtalks with Ramiz Kelmendi/Deputy Prime Minister of Kosovo: I have achieved success with integrity 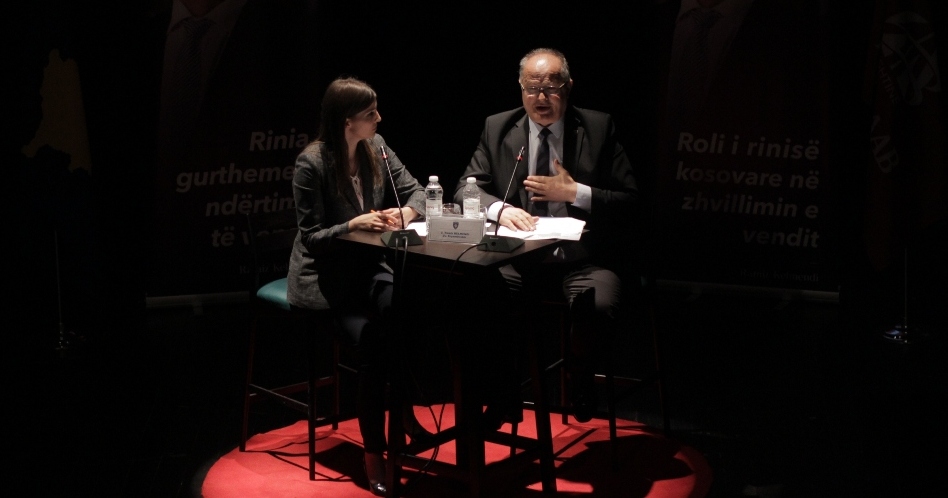 First Deputy Prime Minister of the country, Mr. Ramiz Kelmendi, has been invited to AABtalks, where the students of AAB College debated about his business journey.

His discussion was mainly focused on the supporting of new ideas for business development, because according to himthere is not enough space for new jobs at the public sector. Kelmendi said that the youth has lot of ideas of doing new businesses; all you need is to develop your ideas to find the right way as professionally as well as financial.

He told the students some of the examples of how to develop an idea, which may look simple at first, but that can reach millions.

He told the students that the Government has a fund which guarantees loans to open small businesses that can be considered as an important instrument of state development.

Despite all,, the businessman during his speech narrated the story of his life, all the challenges he has been through   and all his efforts to reach the success right from the time of  the studies until today.

At the end of the lecture, there was a debate where the AAB College students posed questions which were answered by the businessman, Ramiz Kelmendi.