The Ambassador of Hungary, László Márkusz 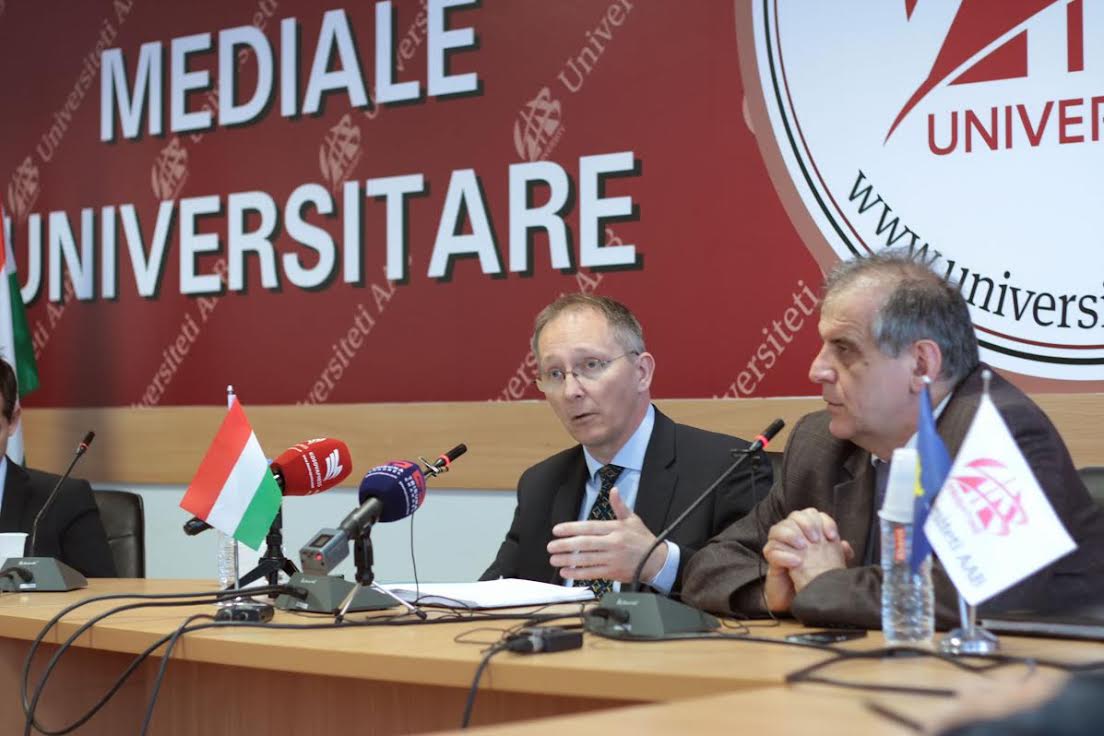 The Ambassador of Hungary, László Márkusz, in his lecture “The foreign politics of Hungary” held within the course Foreign Politics of the Professor Nexhmendin Spahiu, whereby discussed about the decision that the Assembly of Kosovo shall take about the establishment of the Special Court. “It is necessary to establish this court by the Parliament of Kosovo. This is for the best interest of all the citizens of Kosovo. If it is determined that these allegations were not true, then an international panel shall confirm that these allegations are not true”, said the Ambassador. He was asked whether it is fair that this court judges only the Albanians and not Serbians, the Hungarian Ambassador provided reasoning by saying that the Tribunal of the Former Yugoslavia judged many cases of the war crimes conducted by the Serbians. “There is a court in Serbia too, which is judging the war crimes in Kosovo. Besides the Court of Hague, there are other courts that judge these cases. Therefore, I do not see this as a unique case for Kosovo, since all these countries have courts for judging the war crimes”, stated Márkusz.

During this lecture held for the students of AAB, he also spoke about the refugees of Kosovo, for economic relations of his country with Kosovo, for the history of state formation of the Hungary, etc.

Márkusz said that Hungary supports Kosovo towards membership in the European Union, by stating that in order to achieve this, there shall have economic growth.