THE PERSPECTIVE OF INTEGRATION OF THE WESTERN BALKANS INTO THE EU

AAB College in partnership with:

European integration was almost universally recognized as the key strategy for achieving the twin goals of peace and prosperity in the Balkans (Belloni, 2009). The European perspective is a commitment not only to the politics of these countries, but it is also a great expectation of the citizens of these countries.

Except for some EU Member States (such as Bulgaria, Romania), the EU has set specific conditions for Western Balkan countries. Western Balkan countries known as sensitive countries due to the involvement of some of them in conflicts of the past century, the difficulties in their consolidation or the efforts of stability of bilateral agreements, continue to remain in limbo in the Euro-integration process even though they are in the European continent and consisting of cultural diversity within a small space.

The Western Balkan region reveals special trends in the EU’s handling of the strategy of political conditionality, and some creeping contradictions and dangers are beginning to reveal the changing nature and the limits of conditionality. More specifically, the EU is adding further, yet necessary, political conditions and criteria to weaker or more reluctant partners and emphasizes the ‘journey’ rather than the outcome of accession, affecting the credibility of the strategy (Anastasakis, 2008).

This strategy in the post-conflict Balkans, since 2000, has been a conditionality approach based on a dual strategy: state-building and, European integration (Bieber, 2011) for countries such as Kosovo, Northern Macedonia, Bosnia and Herzegovina, Serbia and Montenegro. Preservation and consolidation of several international agreements, including the Dayton Agreement and then the Prespa Agreement; the consolidation of democracy, the rule of law, the most effective results in combating crime and corruption; reforms to dynamic and efficient administration and harmonization of national legislation with those of the acquis communautaire in these former socialist countries; development, economic sustainability, unemployment, and emigration are issues that these countries continue to face and are subject to conditionality by the EU. For Kosovo, state-building and state-consolidation at an early stage, but also reaching a final agreement between Pristina and Belgrade recently, are still unresolved issues.

The Western Balkan countries, a notion of the EU, which are surrounded by member states, are left as a dead end on the European continent, while Kosovo residents have been left most isolated on the continent due to the visa regime. Developments of the past decade, including international media coverage, seem to have extended the inertia of the former image, perceiving the region as turbulent even after decades of stabilization. The EU in its annual Progress Report identifies developments in these countries and progress made in some areas, but criticizes the failure of national policies to do their “homework”. But there are also complaints from these countries of non-principled standards from Brussels, adding to the pessimistic voices about the European future of the region after Brexit. Economic development, trade exchanges, investment, unemployment, etc., are another dimension of the Western Balkan countries, as are some countries’ initiatives to open up within an area called mini-Schengen; including the security component, in the age of terrorism, refugees, migration and cyber insecurity, which are another dimension as well.

Economic and political integration into the EU has become one of the biggest challenges for the Western Balkan countries, and the situation has worsened since the 2008 economic crisis. The difficult economic situation combined with inherited political problems has created great discrepancies in the countries of this region in terms of benefits deriving from the EU. This situation has contributed to some states to expand and increase their influence in the region.

These issues portray some of the main perspectives of the conference which aims to bring together scholars from the countries of the region and international experts to present their studies and views on the issues of EU integration of the region; exchange experiences, ideas and discuss other relevant issues related to the conference topics.

We are pleased to invite scholars in the fields of political science and international relations, economics, law, European law, communications, etc., but also policymakers, political and decision-makers, to focus on the following topics, which relate to the theme of the conference:

The main purpose of the conference is to bring together scholars from different fields in the region to present their scientific views and results on an important issue such as the integration of Western Balkan countries into the EU.

All interested parties are invited to send an abstract with a length of 200-250 words, in English, Albanian or Bosnian language.

We welcome presentations that describe the original work on any of the topics listed above. Acceptance of abstracts will be based on the relevant quality to the conference’s topics and authenticity. The conference program will include oral presentations and posters in the duration of 15-20 minutes in separate sessions.

Presentations at the conference are based on abstracts of 200-250 words, to be submitted by March 7, 2021, to [email protected] 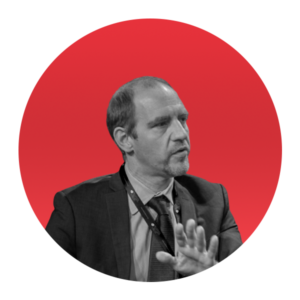 Director of the Center for South East European Studies at the University of Graz, Austria 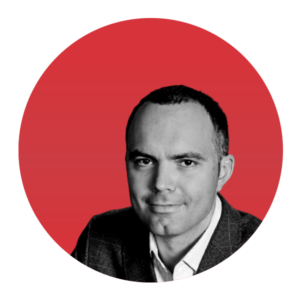 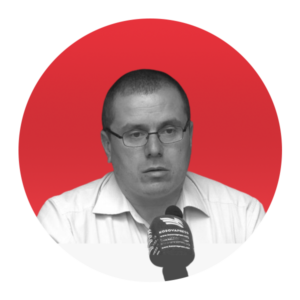