This may be the reason, why this volume gives the impression of covering a vast diversity of issues and topics.

This volume opens with the second and at the same time, the last part of the translation of the work by the French scholar of the twentieth century, Raymond Aaron; an interesting study of the book titled “Stages of Sociological Thought” addressing the role and sociological contribution of Montesquieu, the philosopher of the Enlightenment century.

The volume continues with an article in the field of political sciences by Venera Llunji titled: Effects of Nationalism in Countries in Transition: Attitudes toward Nationalism in Political Culture.

In the field of communications, the author Rrapo Zguri deals with photography in media and nowadays’ communication channels, in his article titled:  Ethical Issues of Media Photography.

In the field of education, the author Antoneta Ramaj deals with The Role of Teachers in developing the writing ability of students.

The following paper covers the field of linguistics. The author Orjeta Dushi deals with the topic: Terminology and generative concepts of the phrase.

The volume closes with an article covering the field of sport sciences titled: Biomechanical analysis of the turnaround speed slalom with top-skiers, written by Aziz Dujaka and Zenel Metaj. 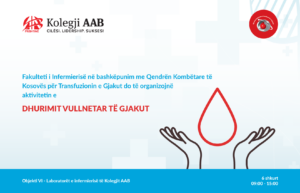 The Faculty of Nursing organizes activities for voluntary blood donation 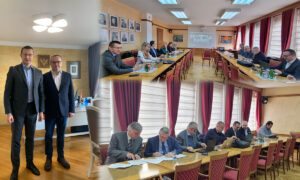 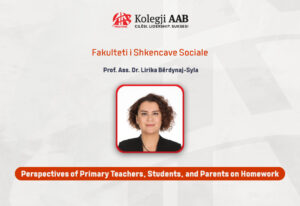