The present issue of the Thesis Journal, holding the ISSN and the International Board of AAB College, covers a variety of scientific fields such as linguistics, methodology, architecture, etc.

The journal’s first article is written by the author Manjola Lubishtani, who elaborates on the contribution of the distinguished linguist Agnia Desnickaja in the cross-dialectal discourse of the Albanian language.

Avni Islami is another author who tackles the role of the prepositions and the difficulties that they represent in the process of English language learning.

The paper presented by Sejdi Sejdiu and Aida Alla results from a research project conducted by students of AAB, Faculty of Foreign Languages in the framework of the AAB research projects. The paper is concerned with the influence that English language is exerting upon the media in Kosovo.

Mustafa Erdem introduces us with an article from the field of methodology, in which he talks about the role of the teacher in a literature class.

The next article belongs to the field of architecture, with a focus on the Bosnia and Hercegovina bridges which date from the Ottoman Empire. This study has been previously presented in an international scientific conference organised by AAB College.

The last article is presented by Bajram Kosumi who talks about the 21st century poetry. Kosumi argues that writing poetry at this period means challenging the modernity. 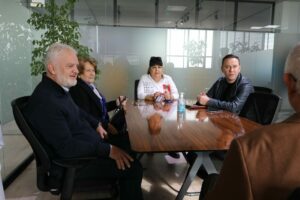 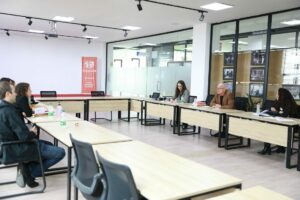