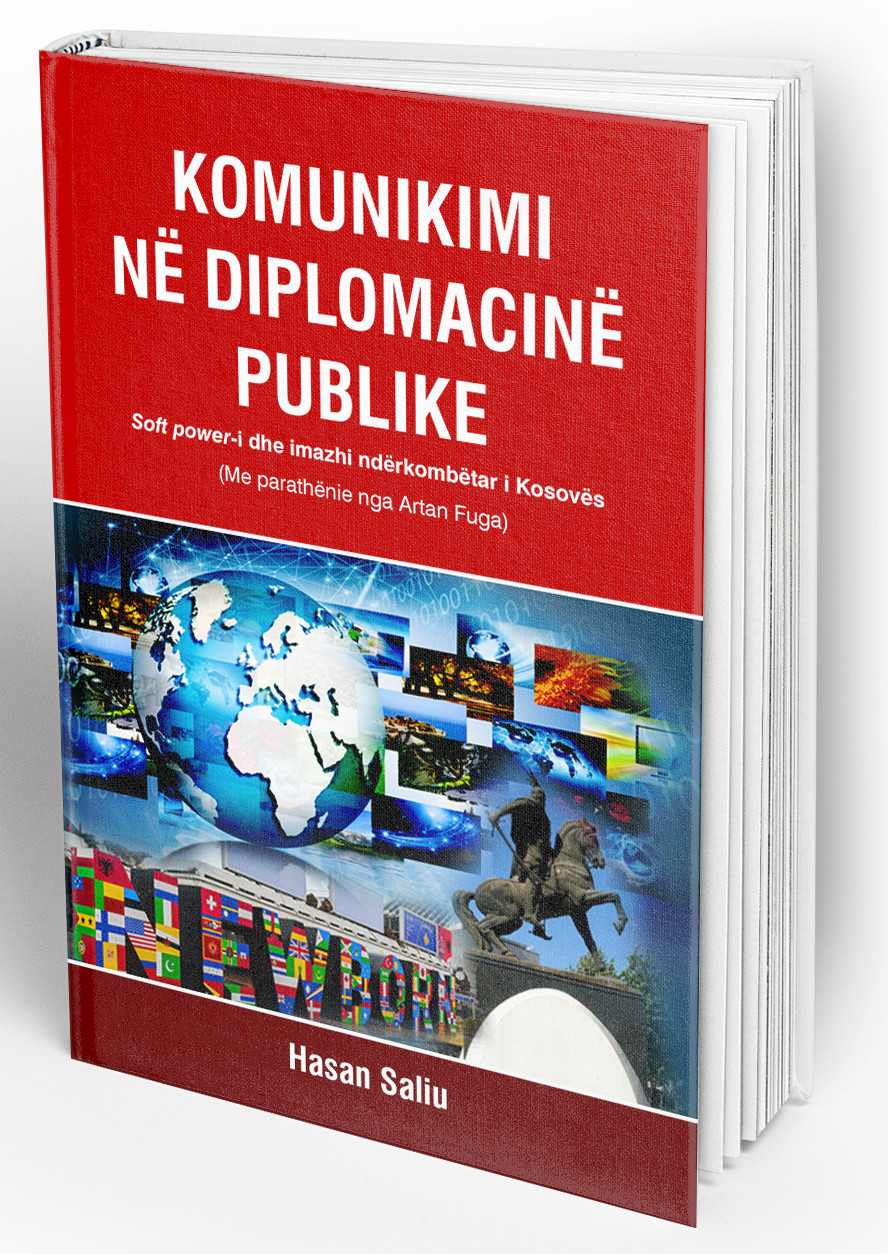 The latest scientific book “Komunikimi në diplomacinë publike – Soft power-i dhe imazhi ndërkombëtar i Kosovës”, got published, with the preface by Artan Fuga and the researcher of communication and media Hasan Salihu. The book is a product of the research carried out for more than three years, defended in 2013 at the Doctoral School of the Department of Journalism and Communication and Information at the University of Tirana, led by Prof.dr. Artan Fuga (academician) who performed for the first time a thorough research in communications and media studies.

In the preface of this book, Academician Fuga says that the author of this book, Dr.Hasan Berisha, has the merits as he is the first throughout the Albanian territories to apply a comprehensive study, the book in Albanian, with complete success, andshould serve to make the citizens, decision makers, and politicians sensible that apositive outlook of other people towards the actions and existence of a populationis a major factor in facilitating the implementation of his strategy. Dr. Fuga addsthat the author has worked for several consecutive years to come up with this bookwhich perhaps could be read in several hours, it is a rather comprehensible andwell-structured book.

The author claims that this scientific book brings some novelties. The first one is the work itself as a novelty, because hitherto there was no specific study performed in Albanian language about public diplomacy, in terms of communication withforeign publics and international image of the country and many other noveltiesthat the author has presented on the introduction part of the book…

In the meantime the author claims that this scientific book comes with new elements. The first one is the book itself.

This scientific book in general encompasses the treatment of a complex systemwhere by different state and non-state actors participate and communicate withforeign publics, in order to inform and influence them.

The book is also available at AAB Library for students and staff members of this institution.