Gender equality – fundamental value for democratic development of the society 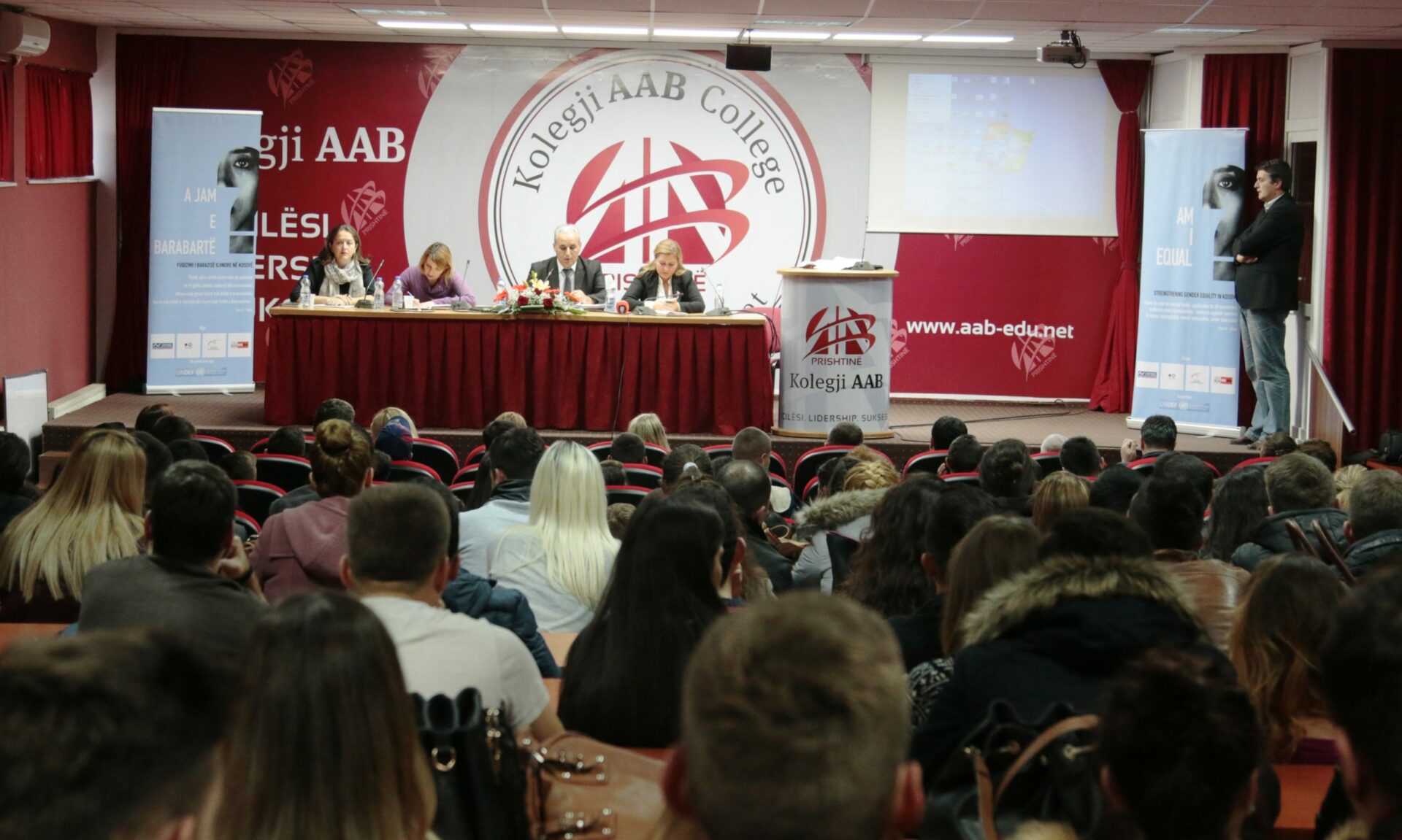 The AAB College held a discussion on gender equality in Kosovar society that was a part of the project “Am I equal in Kosovo society”, respectively the “16 Days of Activism, stop violence against women”, supported by UNDEF. Particular discussions were on the role and empowerment of women in Kosovar society, problems and concerns that carries of their position and strengthen their decision-making as in other democratic countries with developed economy. The event was attended by Alma Lama, LDK MP in the Assembly, Jeta Xharra, BIRN Kosovo, Lule Demolli, Centre for Gender Studies, and Basri Kastrati, head of Victims Advocacy and Assistance Office.

On this occasion the MP Alma Lama, said that she is a great supporter of the quotain the Parliament of Kosovo, because this quote regulates the longstandinginjustices between the two genders. She illustrated this situation with examplesfrom the European Parliament, according to Lama, the introduction of quotasimplies not only the terms of representation, but also affects many other aspects, how to apply those norms in institutions, in society in general in different stages.

Whereas, Basri Kastrati said that this office’s duty is to protect the interests of victims in the criminal justice system in Kosovo.

“Employment and economic independence are means of protection of women against violence”, said Jeta Xharra, and added that the lack of economic in dependence of women is one of the main reasons why they suffer domestic violence and this makes them go through much unfairness. She cited some statistics, where one of them was the issue of inheritance of family property where more than 90% of women state that they have given it to their brothers.

At the end of the debate it was said that the gender equality is a fundamental value for the democratic development of society in line with European and international standards.