News German Ambassador Heldt to those who want to leave Kosovo: “Germany is not always honey”

German Ambassador Heldt to those who want to leave Kosovo: “Germany is not always honey” 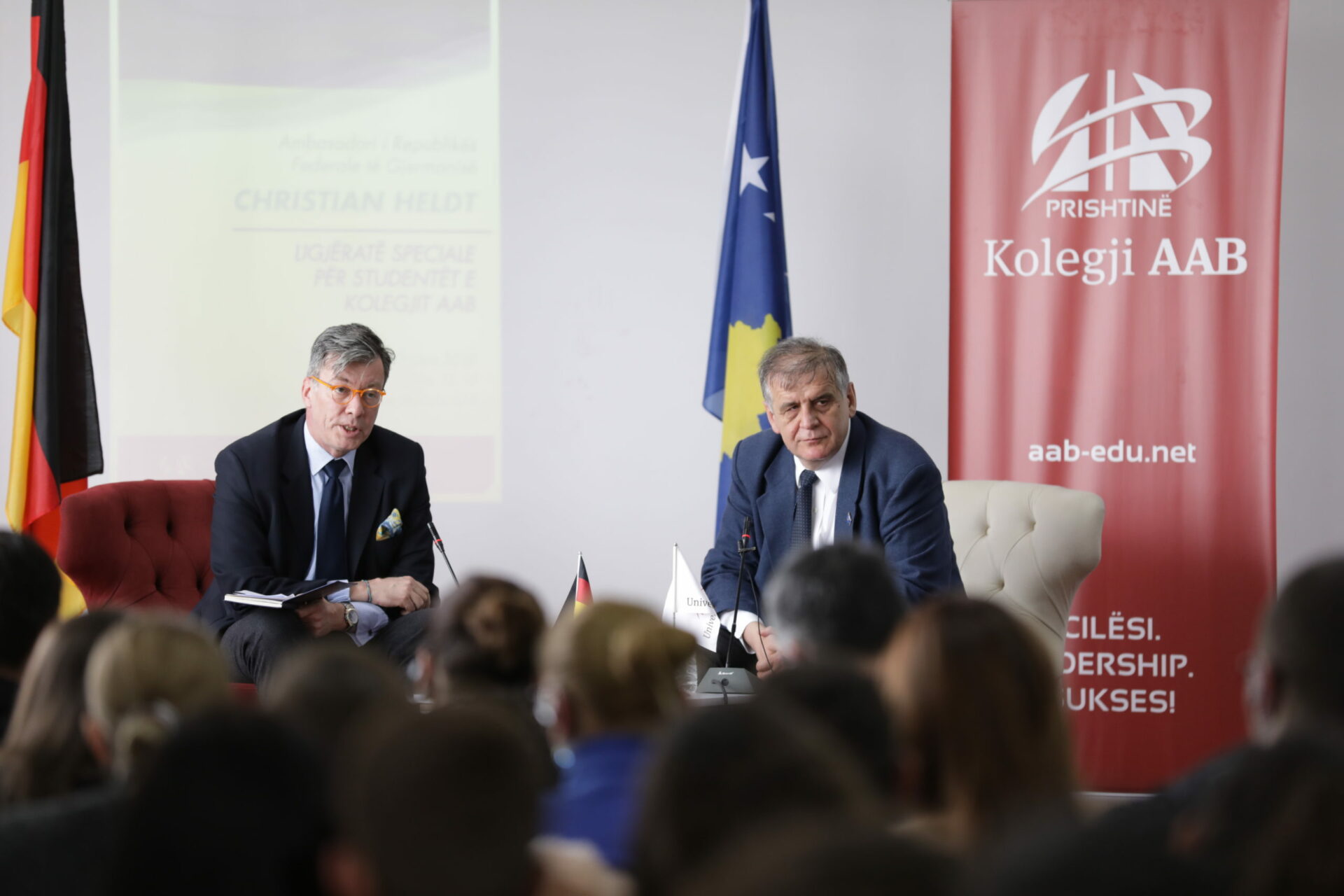 In the framework of special speeches with foreign diplomats for the students of Political Sciences and Diplomacy of AAB College, today such a lecture was held by the Ambassador of the Federal Republic of Germany,

Sh.T. Christian Heldt, who spoke about German foreign policy, about the history and challenges that the German state faced in the past, but also about the current developments and challenges of Kosovo’s citizens.

He said that Kosovo is on the way to European integration, saying that it will not lack the support of international friends, but he continued, the work of Kosovo institutions should be done:

“We hope that Germany will have one a constructive role in the Kosovo issue.

Europe is something we believe will always be  here with you.

What Kosovar politicians do is the most important thing.
Kosovo is on the map of Europe and is in the European Union in the future.

We are here to help you, but Kosovo has to many things to do, “said the German ambassador.

He said that Kosovars should work with those opportunities they have and not look at the opportunities of other states, since in this way they will not be able to make changes in their own country. 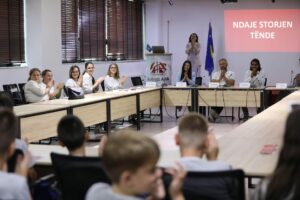 “Be a friend, not a bully” project of AAB College students has successfully ended 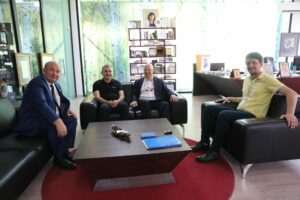 3500 new books gifted from our francophone friends for AAB College 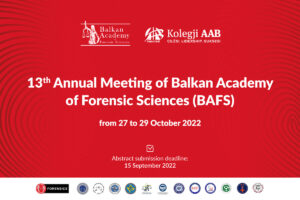