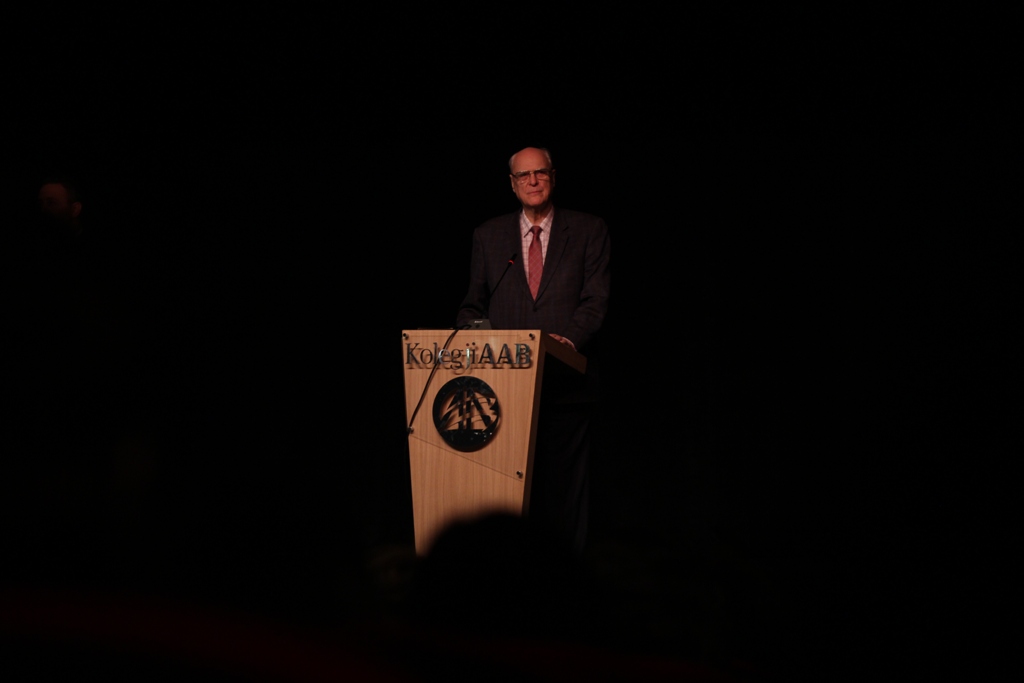 German professor, Gerhard Rotting,for  the students of AAB College, held a lecture, who spoke about events that are causing turbulences in Europe and Kosovo.
Prof. Rotting said that we are living in a time of rapid change, we need to adapt to them, because this change is happening very quickly by bringing different phenomena. “Whenever I talk to people, I ask whether this change will touch Kosovo. So while, Kosovo for us is a part of globalization and our aim is to keep having it on the right track,being close to her,and this is why we need to have Kosovo at the core of Europe “.
According to him, the aim of Europe is to have professionalized people, adding that three things are important for the youth: “to be in charge of working, to make Europe aware of changing, we are pro-changing,because the change is the future and at the very end we have changed the spirit and this is the future of Europe “.