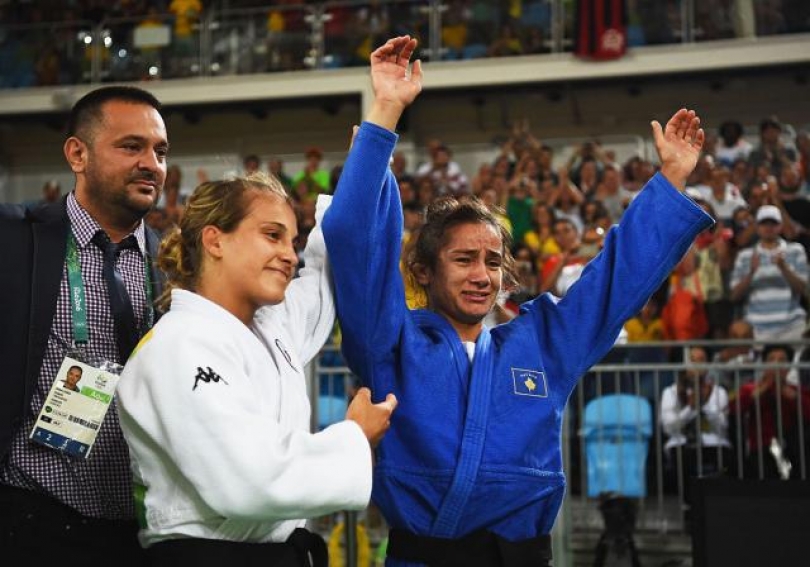 European and world champion in judo Majlinda Kelmendi, wrote yesterday the brighter page of sports history of independent Kosovo, bringing for the first time the first Olympic medal of the Olympic Games Rio 2016.

Gold Pride of Kosovo, Majlinda Kelmendi, has managed to prevail in the grand finale of judo at Rio in 2016, beating Italy’s Odette Giuffrida and in doing so raise the flag of Kosovo on a pedestal.

We remember that Majlinda Kelmendi, continued her studies at the Faculty of Physical Education of AAB College, being also the judo demonstrator on file in this faculty Combat Sports.

In October 2014, in a grand ceremony AAB College had divided the International Achievement Award to Majlinda Kelmendi. On this occasion she declared: “It is an honor for me to be part of AAB College, best university in the region. Thank you very much that you have given me the opportunity that my knowledge that I have in sports to show in an educational institution, especially in AAB College, which is literally the best university in the region.”

AAB College adores Majlinda’sachieving success as its own success, and looks forward to the return of the golden olimpistes in Kosovo!