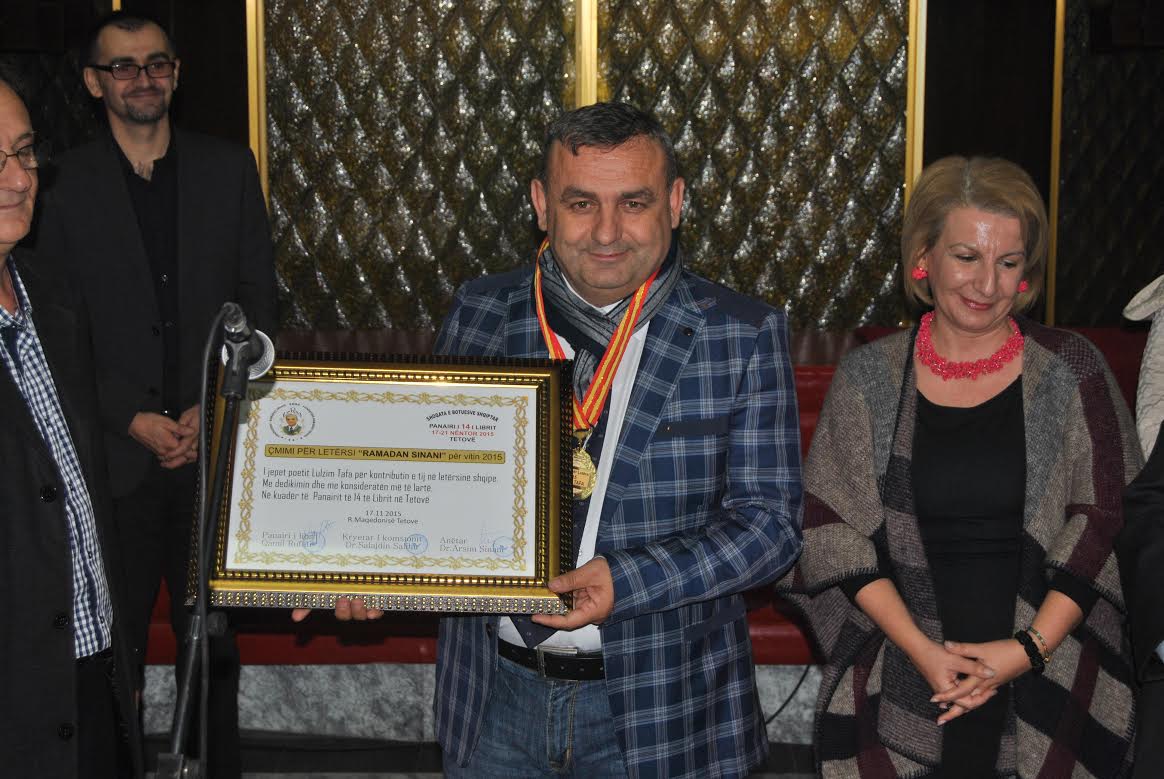 The Albanian Publishers Association in Macedonia, awarded the prize “Ramadan Sinani” this year in the Book Fair “Tetova 2015”, organised in the premises of National Center for Culture in Tetovo.

The award “Ramadan Sinani” was delivered by tha Mayor of the Municipality of Tetovo, Ms.Teuta Arifi, and it was given to the poet of the Republic of Kosovo, Mr.Lulzim Tafa.Upon receiving the award, the poet Tafa said: “there are two reasons that make me feel honoured and privileged to receive this award; first, because the award is given on the occasion of a book festival here in Tetovo, that for us as Kosovans Tetovo has been and remains being our great love, and the latter for the fact that this prize holds the name of the outstanding poet and intellectual Ramadan Sinani, with whose work I was acquainted as a student, especially his book “Kavallet e Sharrit” Sharr’s Pipes.

Whereas, the Chairman of the Jury Mr.Salajdin Salihu, in justification of the award given, said that: LulzimTafa has managed to create a poetic work where the linguistic enchantment is felt. His lyrics are distinguished for its extreme economization of words, quite often his poems are sentential, occasionally with surprising and impressive climaxes.

In addition to representatives of the institutions, on the occasion of the award delivery, many book lovers  and of culture in general attended the event.