News The minister Arsim Bajrami: AAB College is the best in the region, soon to be university with doctoral programs

The minister Arsim Bajrami: AAB College is the best in the region, soon to be university with doctoral programs 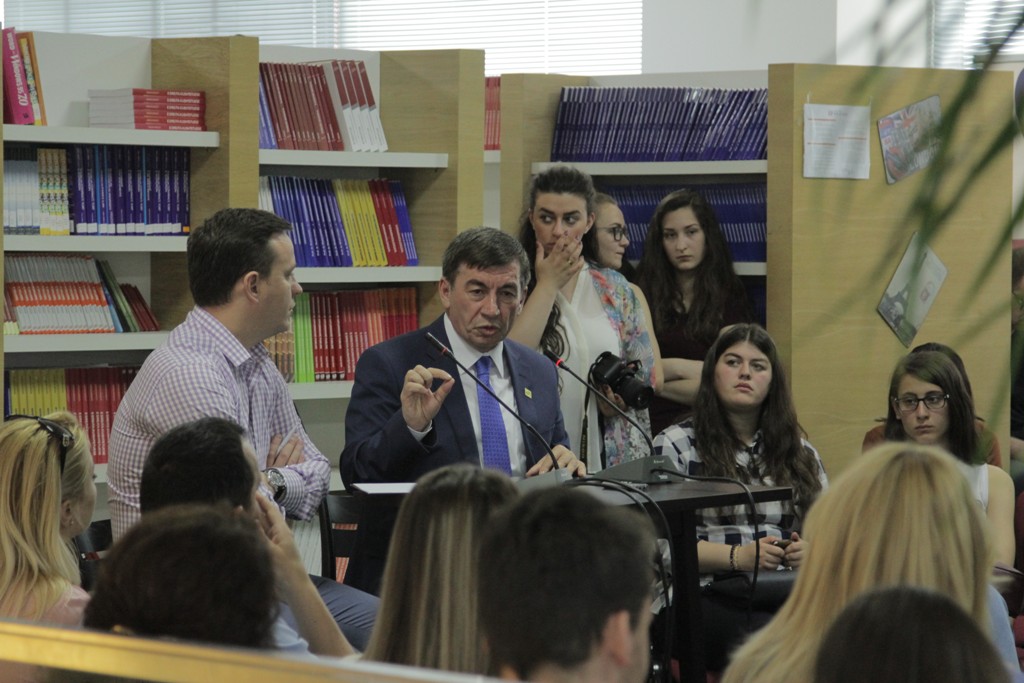 Minister of Education, Science and Technology, Arsim Bajrami, during a debate with the students of AAB College, reiterated that AAB  is the highest quality college in the Republic of Kosovo as well as in the region.

“I am not saying this because I’m here and that I feel pretty good, but I say because of the rankings that have taken place, AAB College is ranked among best in Kosovo, the second one after the Public University,yet among the best colleges in the region. This success has come from the fact that this college seems to have built a mission rather than a non-public educational insitution, a mission to build a respected  institution of higher education where young people are given the advanced education  in order to become leaders of the future, to realize it precisely in this academic house, “said Minister Bajrami.

Regarding the third level of studies,Bajrami said that they are working with AAB College to adopt as soon as possible the doctoral programs. “Immediately here I am declaring, not because of the election, but we are working with AAB College as a leader, to adopt doctoral programs as soon as possible. This College meets both staff and professional capacities , and quality standards, to begin the implementaion of the doctoral level, which can be much more credible than many other institutions where our students are gravitating and sometimes bringing us discredible and compromising titles , ” said Bajrami.

He also talked about his future plans, where he said that to implementing  the programs he has started in education, it will take four  more years as minister to finish them.