The next meeting of the Senate of AAB College was held 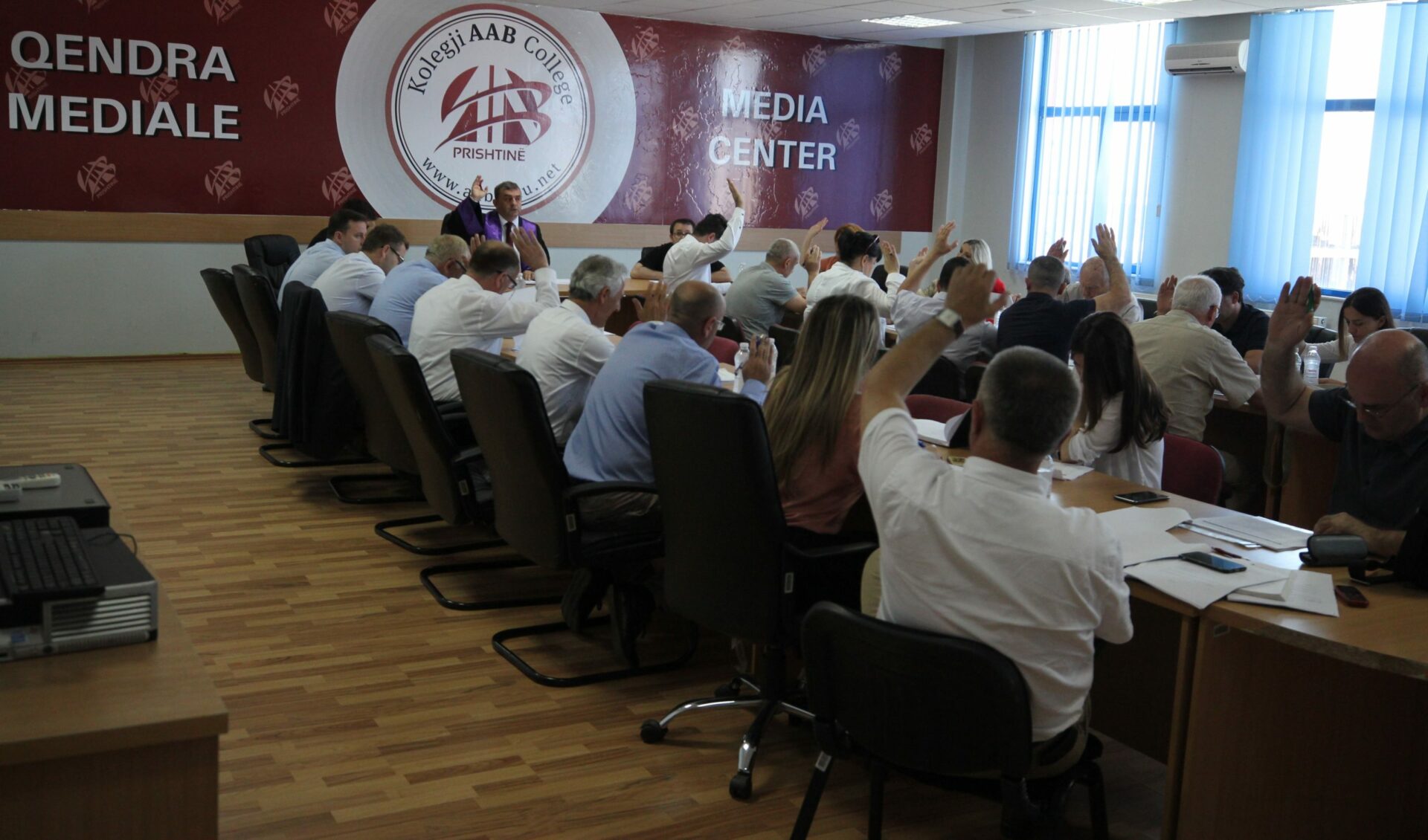 The Rector of AAB College Mr.Lulzim Tafa, led the next meeting of the Senate of AAB College, which was attended by the Vice Presidents, Deans and vice-deans of all faculties of AAB College.

At today’s Senate meeting, the Habilitation Commission’s Report on the Advancement of Academic Staff was reviewed and some internal rules of functioning of the AAB College were approved.

According to the report of the Habilitation Commission, which was the first item on the agenda of today’s meeting, about 60 candidates applied for in the academic advancement announced by AAB College, who according to the criteria of the competition were evaluated by the respective Review Committees.

Rector of AAB College, prof. Lulzim Tafa said that these voted degrees in today’s Senate meeting will take effect at the beginning of the academic year 2017/18.