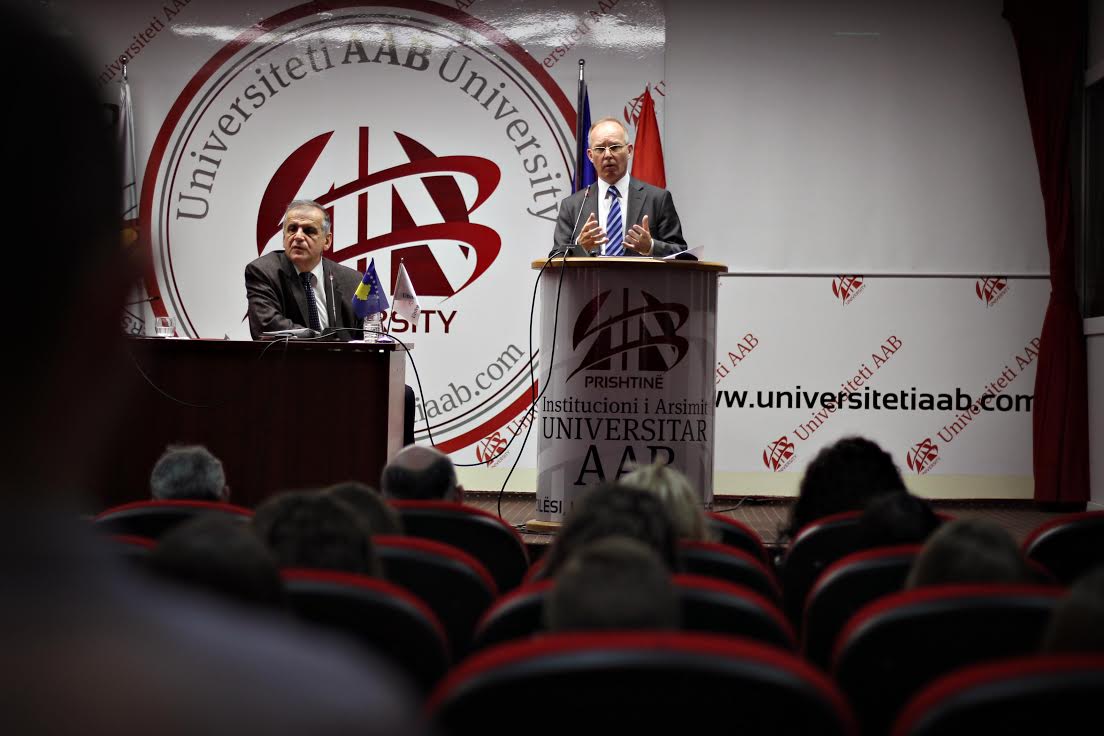 Ambassador of Norway to Kosovo Jan Braathu, in a lecture to the students of the AAB University, talked about recent political developments in Kosovo.Regarding the role of Norway in the last War in the liberation of Kosovo, Ambassador Braathu said that Norway has been engaged in the Kosovo process since the early 80s up to 1999, but also afterwards. This country has been among the countries that provided the most aid to Kosovo.

During the lecture to students, Ambassador Braathu also spoke about the history of Norwegian state-establishment, about the referendum and a constitutional monarchy and the reasons that led to the state’s rejection, through a referendum, to join the European Union, a process that is still a topic in Norway. At the end of the lecture, a debate was held, where AAB student’s questions were answered by the Ambassador of Norway to Kosovo, Jan Braathu.