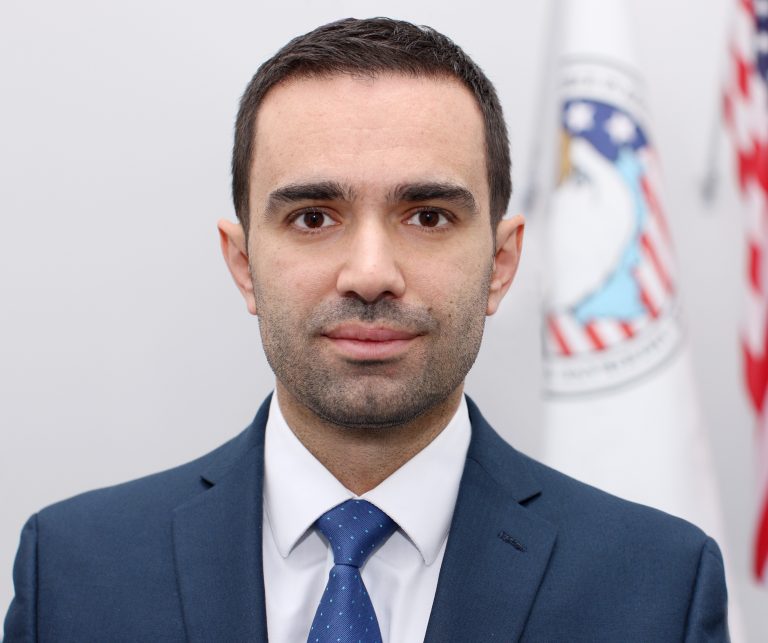 Arian Zeka is the Executive Director of the American Chamber of Commerce in Kosovo. He was appointed in this position in June 2012. He joined the organization in November 2009 serving as Head of Policy Department, and later promoted to Deputy Director. He promotes the public image of the Association by serving as the Chamber’s “ambassador-at-large,” and liaising on behalf of its Members with other leaders of Kosovo, international business community, and with representatives of local and international government agencies. During his leadership, the Chamber has almost tripled its membership, thus becoming one of the most successful AmChams among 45 AmChams throughout Europe. He is also ex-officio member of the Steering Council of the Arbitration Center.

Arian has served as member of the AAB College Steering Council since January 2016, and at the same time he is Member of the Board of Directors of SCARDIAN insurance company, and member of the Jahjaga Foundation Board, and Deputy Chairman of Kosovo Corporate Social Responsibility Network. Since January 2009, he is a Senior Lecturer at the Society of Certified Accountants and Auditors of Kosovo, teaching Accountant in Business (P3) and Business Analysis (P11) professional certification modules. He has also served as Chairman of the Fiscal Consultative Council, Chairman of the Business Community Office at the Kosovo Assembly, Consultant in German Agency for International Cooperation (GIZ), World Bank funded programs, etc.

Arian Zeka holds a Master of Science (MSc) degree in Management and is an alumnus of the U.S. Library of Congress Open World Leadership Program.