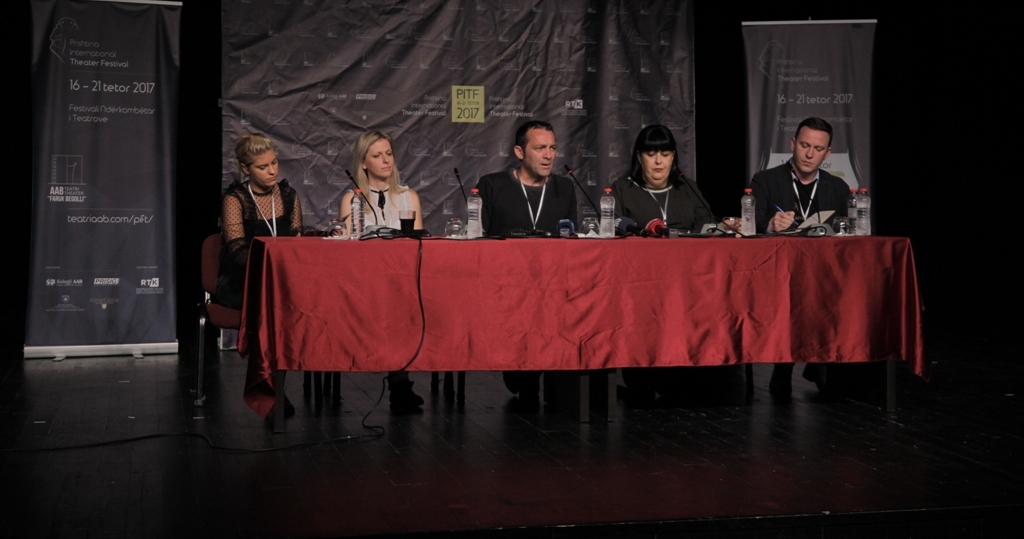 Starting from the 16th until the 21nd of October , in the “FarukBegolli”  AAB Theatre, the first edition of the International Festival of Theatres in Kosovo, ‘’Prishtina International Theater Festival 2017’’ (PITF 2017) will be held.

In the press conference,  IlirTafa, director of the “Prishtina International Theater Festival 2017”, said that the idea for organizing this festival came up as a result of the absence of an international festival of this kind in Kosovo.

“Before there were initiatives, there were different festivals, meanwhile lately there has been a lack of festivals. Moreover, there are film festivals, theater courses, but right now we are the first ones to host an International Festival’’, said director Tafa.

He notified the media that this festival will have seven plays, six of which will compete for the festival awards.

He also talked about the evaluation of the competitive plays, where there will be three different juries: “Central jury which will choose the main awards, best actor/actress, best play and best director. There will also be the media jury, which will consist of media representatives. We will also have the student jury, because we want to give this festival the student spirit, as well, since the AAB Theatre is within AAB College’’, said the PITF 2017 festival director, IlirTafa.

Meanwhile, the artistic director of the festival BurbuqeBerisha, added to the media that due to the lack of the competition of Kosovo theatres with the world theatres, PITF 2017 is the first in the country to give the possibility to compete even with different theatre arts and cultures that come from different regions and the world.

She even talked about the plays that will be happening during the PITF 2017 festival in the ‘’FarukBegolli’’ AAB Theatre, while adding that the application was open, but the selection of plays in this festival was not easy.

The artistic director of the PITF 2017 festival said that this festival is 99% self-financed from the “FarukBegolli” AAB Theatre and there are the most representative awards of region festivals. “By full confidence,I say this, because I think that in the region there is not a festival which gives such big awards”, she said.

During the whole festival, in addition to the official program, there will also be an off program for the festival participants and others.