News Prof. Hüseyin Uzunboylu: “AAB College among the best institutions in the region!”

Prof. Hüseyin Uzunboylu: “AAB College among the best institutions in the region!”

There are 100 research papers on these areas being presented at these two conferences, where participants are researchers from 22 different countries of the world, such as Australia, USA, Israel, Russia, Iran, United Arab Emirates, Spain, Czech Republic, Thailand , Pakistan, etc.

The best works from these conferences will be published in the “Current Proceeding of Technology”. Besides to researchers from different countries around the world, at these conferences are also particiating master students of the Faculty of Computer Science at AAB with their works.

Blerta Prevalla Hetemi from the Scientific Council of conferences was very pleased with the level of students’ works: “The Master students, with their scientific work, have included very important research in the field of technology and its application in the development of the country’s economy and beyond. They have been exceptionally good, so they have been included for publication along with the scientific work of other researchers from around the world, “she said.

While, prof. Hüseyin Uzunboylu, from Near East Cyprus,while talking about the organization of conferences, said that they have chosen AAB College to collaborate with because it is one of the best institutions in the region. “Based on what I have seen since I came here, I believe that very soon AAB College will be among the top 1000 universities in the world,” said Uzunboylu.

Otherwise, at the opening of the conferences in question, Kosovo Education Minister, Mr. Arsim Bajrami, said that the organization of these conferences is an important event, not only for AAB College, but for all the country’s efforts to raise the level and the standard of research – scientific work.

Minister Arsim Bajrami emphasized that with the standards of research work,AAB College proves that it is determined to be the leader of non-public education, not only in Kosovo but also in the region. ” The works of these conferences will end today at 14:00, and during the following day the international conference participants will also conduct a tour around Kosovo. 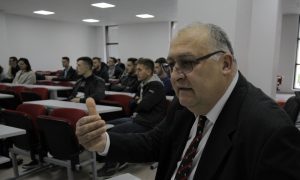 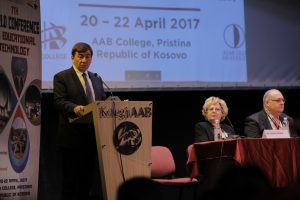 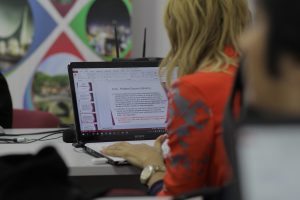 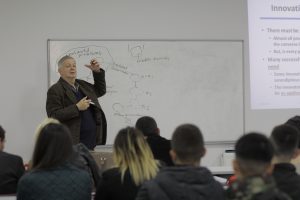