News The Second International Scientific Conference “Linguistics, Literature and Culture”, concluded its works the ICLLC 2017 of the AAB College

The Second International Scientific Conference “Linguistics, Literature and Culture”, concluded its works the ICLLC 2017 of the AAB College 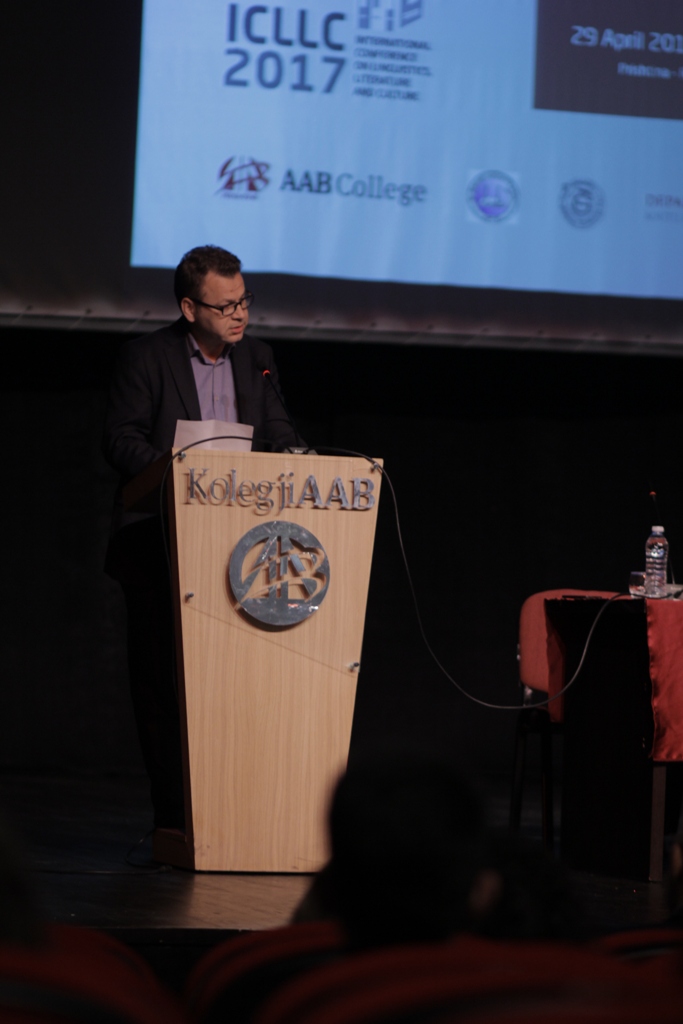 The Second International Scientific Conference ICLLC 2017, “Linguistics, Literature and Culture”,organized by the Faculty of English Language in cooperation with the University “Luigj Gurakuqi” – Shkodër, “Aleksandër Moisiu” University – Durrës (AMUD) and the Faculty of Languages, Cultures and Communication of the South East European University (SEEU) concluded its works.

This scientific activity,served as a venue for Albanian scholars and linguists who exchanged their academic and research experiences; As well as to create opportunities for collaborations for new scientific projects in the future.

In the first session on linguistics and literature were presented the results of some interesting research projects in these two areas. Varied topics were presented at this session starting from Harri Poter’s translations, through phonetics and phonology studies, literary-style texts, to gege-lingual reviews in  Franciscan of priests prose and Ibrahim Rugova’s discourse and political language. Extravagant interest awakened gege-language studies and style studies that were reflected through questions and reactions and against the attitudes and presentations of the attendees.

While at the Albanology session ,after the press  of various fields, they  came to the conclusion; That the subject of stylistics should be more involved in the preparation of future language teachers  and to increase the time duration, communication to be included  as a special subject, or at least as part of the new curriculum, be more devoted to Importance, Idriz Ajeti remains a linguist with a high contribution in the field of linguistics, Mediterranean symbols of Basri Chapriqi are related to those of world literature, etc.

At the conference was also cited that this was a good opportunity for AAB students, who were more closely acquainted with the “craftsmanship” of study and research.