News Special lecture by Swiss architect Mayer, to the students of AAB: Work only major projects!

Special lecture by Swiss architect Mayer, to the students of AAB: Work only major projects! 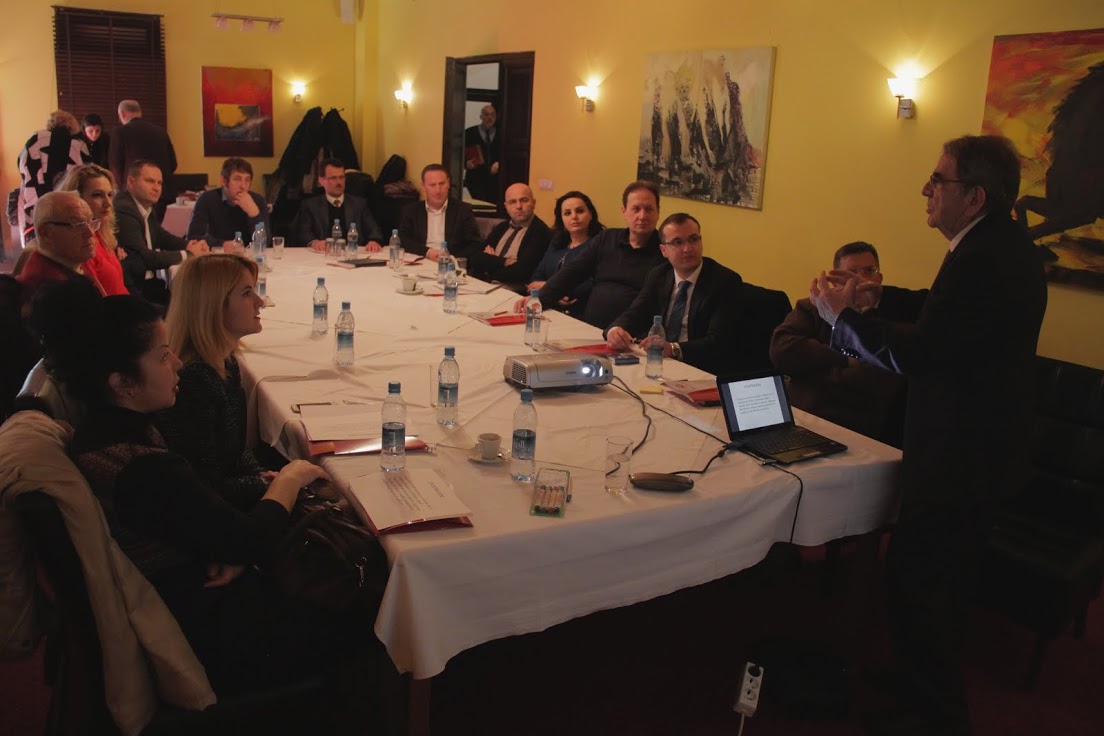 The lecture with the topic “ The role of architecture and urbanism in society transformation”, delivered by the Swiss architect Mr. Michael Mayer, to the students of the Faculty of Architecture of AAB College, was mainly focused on the evolution of the industry and creations that mankind has brought along the XX century up  until today, where the department of architecture, construction and urbanism besides being a partner of this evolution are the beneficiaries aswell.

He spoke about the staff and their level of education workingin his design office in Switzerland, and its practices, to continuously work only with major projects. Speaking about the projects conducted by this office, the architect Mayer cited several examples of projects that have been completed mainly in the city of Geneva during the twentieth century, as historical centers, industrial zones and crafts, and other mixed areas, mainly residential.

The architect Mayer said that urbanism has responded to other requests,solutions of residential requirementswith residencies of high constructions, which had not previously existed.                         The second part of the lecture was mainly focused on concrete examples and redesign of the facilities, which were old buildings and turned into new residential buildings, construction of sports facilities, theaters, and many others.