Students of the Faculty of Computer Sciences successfully presented their projects 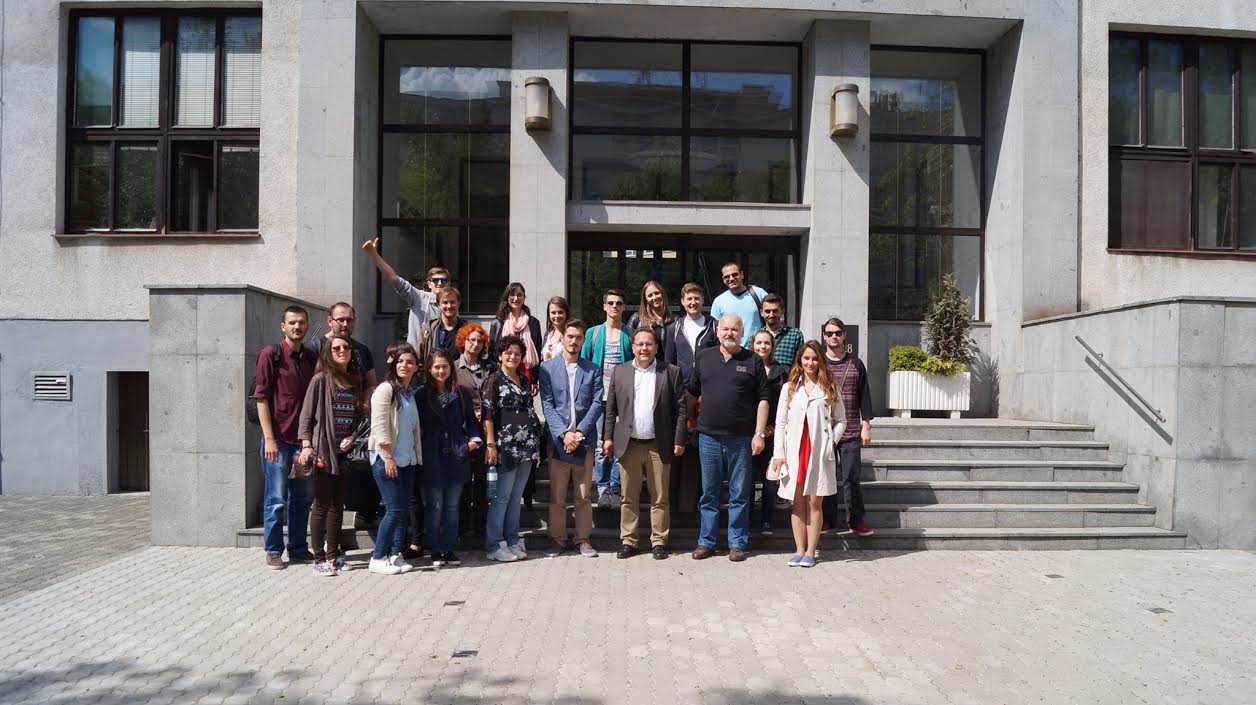 On the occassion of the event Manifestation “Days of AAB, 2015”, the students of bachelor degree of the Faculty of Computer Sciences such as Shkëlqim Miftari, Alban Lahu and Bujar Prebreza, presented their projects that they had carried out over the summer semester.

The presented projects were as follows:

“Mind reader” in which Arduino tiles are programmed to find out which number the user thinks of and it comes up with a successful guess.

“Piano” where the buttons are placed in the Arduino tile, and produce the sounds of a piano.

“Motion Figure” where the flower growth is simulated under the speed movement of the rotor.

“The temperature meter” where the inserted sensor in Arduino tile measures the user’s temperature.

Informative presentation about the AAB University

Presentation over the voluntary blood donation, carried out a few days ago in AAB

The dance of  NAO robot under the certain melody

Interaction with users through its cameras and sensors

The projects carried out by students, during the three years of studies such as webpages, games, sales applications and so on, presented in a particular monitor that can be seen by graduates.