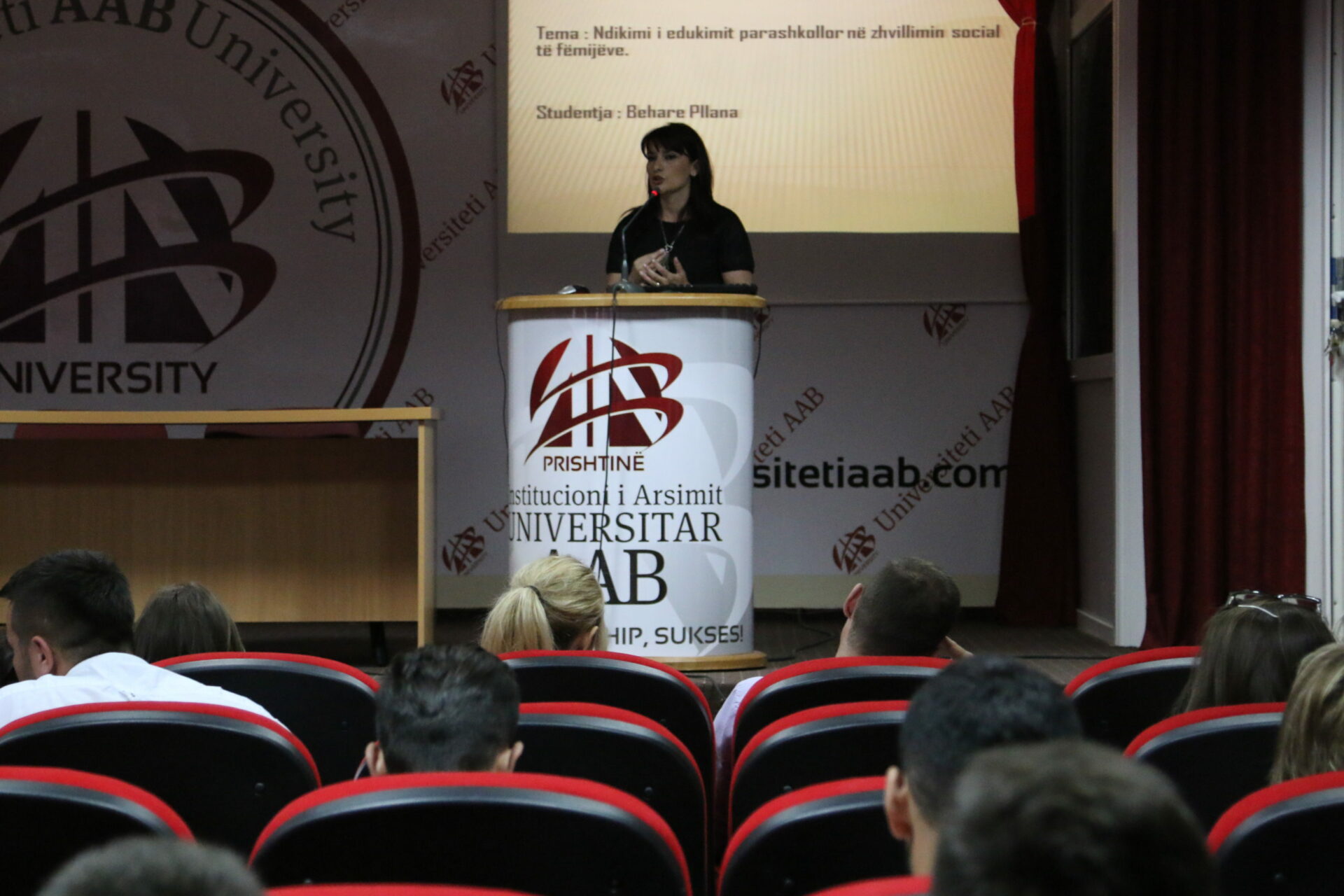 The student’s contest for the best work, presented in the level of faculties, today had a different level. Through an activity organized on the occasion of manifestation “Days of AAB, 2015”, the today’s competition was of a scientific character, in university level.

The award for research, academicism and presentation, was shared between two works

Research was awarded to the student Behare Pllana, from the Faculty of Social Sciences, in Pristina, for the work done on her research topic “The impact of preschool on children’s social development”

While with the same award but with a special emphasis in his presentation, the student Eas Hida was awarded, from the Faculty of Law in Prishtina, for the topic “Terrorism and IRA”.

The evaluation for social and economic relevance, the awarded topic “Effect of budget allocations in the economic development of Kosovo “, Blina Zhubi and EgzonThaqi;

For innovation and interaction the awarded topic “Mind reader”, Shkëlqim Miftari and Bujar Prebeza, from the Faculty of Computer Sciences and