AAB Faculty of Economics, as one of the best faculties not only in Kosovo but also in the region, has a primary purpose to develop students competencies linking economics, business, management and information technology. With these competencies they will be able to interact and compete in the global economy and play a key role in the creation and building of businesses and other organizations.

Our priority is quality teaching and research that can be made possible only through implementation of an effective teacher-studentrelation, access to the new technology and on-line resources, and support for the student. Our programs aim not only to repair the deficiencies inherited from the primary and secondary education, but also to prepare students for a competitive global market.

Research component and dedication to ensure the quality of our study programs presents a competitive advantage for the higher education institution, AAB.

Students will attend individual modules and will be endowed with theoretical and practical skills and a flexibility that stimulates their creative skills. 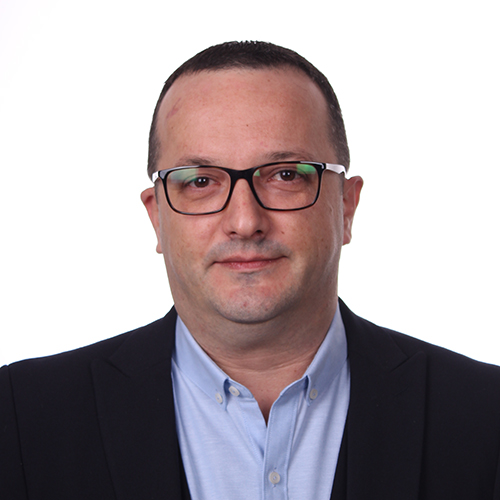 In the professional and academic level, as well, he is certified for: the implementation of international accounting in Kosovo, training the Trainer, management of operations, human resource management, strategic management, project management, asset valuation, investment valuation, as well as the EU integration process and EU directives.

Mr. Hashani, having professional experience, since 1999 to 2009, has worked as executive director in the service company Trend CMSH, since 2005 to 2009. He was a senior external auditor in the Auditing Companies: Audit, Tax FAS. Since 2009 to 2012 as financial director at the Palace of Youth, Culture and Sports in Prishtina and in 2012, he served as director of the Ferizaj branch at BPRAL AAB College. Since May 2015 and onwards, Mr. Hashani is the Chairman of the Board in the insurance company PRISIG.

The academic experience of Mr. Hashani is sensational, as since 2005 to 2009, he was a lecturer in GERMAN ACADEMY FOR ECONOMY AND DATA PROCESSING KOSOVO, since 2006 to 2009, he was an assistant at the Faculty of Economics in the University of Prishtina and since 2011 and onwards, he lectured in BPRAL AAB College as a professor in the bachelor level and master level.

So far, he took part in several national and international conferences, mainly in the professional field, organized and held in institutions and universities of the most prestigious countries in Europe.

Mr. Hashani published several following scientific papers: “Entrepreneurial intentions from an Islamic perspective: a study of Muslim entrepreneurs in Indonesia”, “The role of external auditing in the credit policies of commercial banks”, “Risk management in the business organization Posta and Telecom of Kosovo JSC ”,“ International Economic Development and Globalization ”,“ Impact of the Investment Management Agency on economic development ”,“ The role of human resources in increasing the investments of SMEs ”and“ Identification of need for employees in Small and Medium Enterprises in the Municipality of Ferizaj ”. 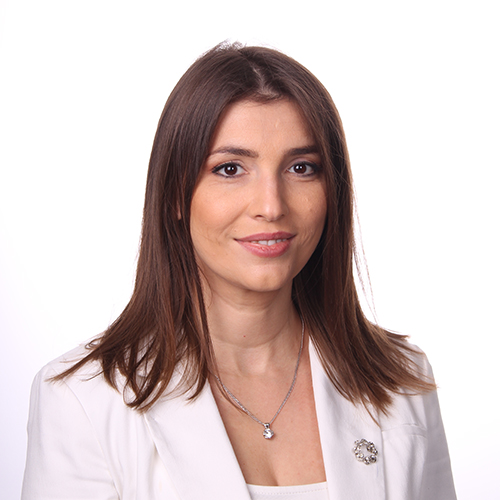 Mrs.Dr. Ukshini’s main field of study is entrepreneurship and management. Since 2008 she has been working as a professor/assistant in the field of management and currently holds the position of Vice Dean of the Faculty of Economics.

Academic training:
She completed her pre-university education at the “Hysni Zajmi” high school in Gjakova (2000-2003). She completed her university studies at the Faculty of Economics, AAB College, majoring in Banking, Finance and Accounting (2005-2008). She continued her MA studies at AAB College, majoring in Management and Informatics with the topic, “Motivation and motivation factors at work – with a special focus on SMEs in the Municipality of Gjakova.”. She completed her doctoral studies in Economics at the South East European University in Northern Macedonia (November, 2013 – May, 2019). Her doctoral degree was earned with the topic “Contribution of small and medium enterprises in increasing employment in Kosovo – supportive policies and effects.”

Trainings:
Since 2011 she has been engaged as a training leader at the Kosovo Institute of Public Administration in the human resources program. She works as a trainer to increase the skills of the students of the Faculty of Economics in career development and soft skills. She was part of the organizing committee of scientific conferences at the Kosovo Institute of Finance. She has been part of various projects to increase the professional and work skills, such as: “Design and Management of projects”, “Development of study programs in accordance with the Bologna process”. 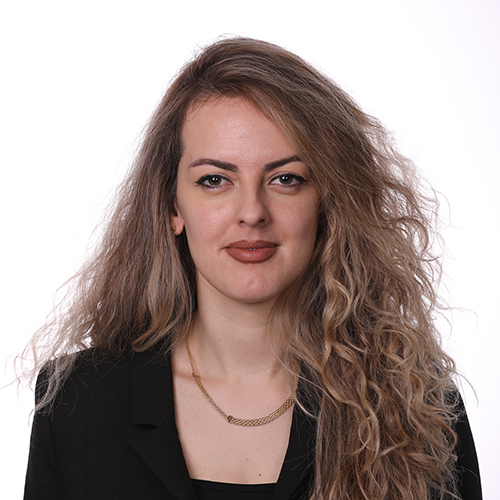