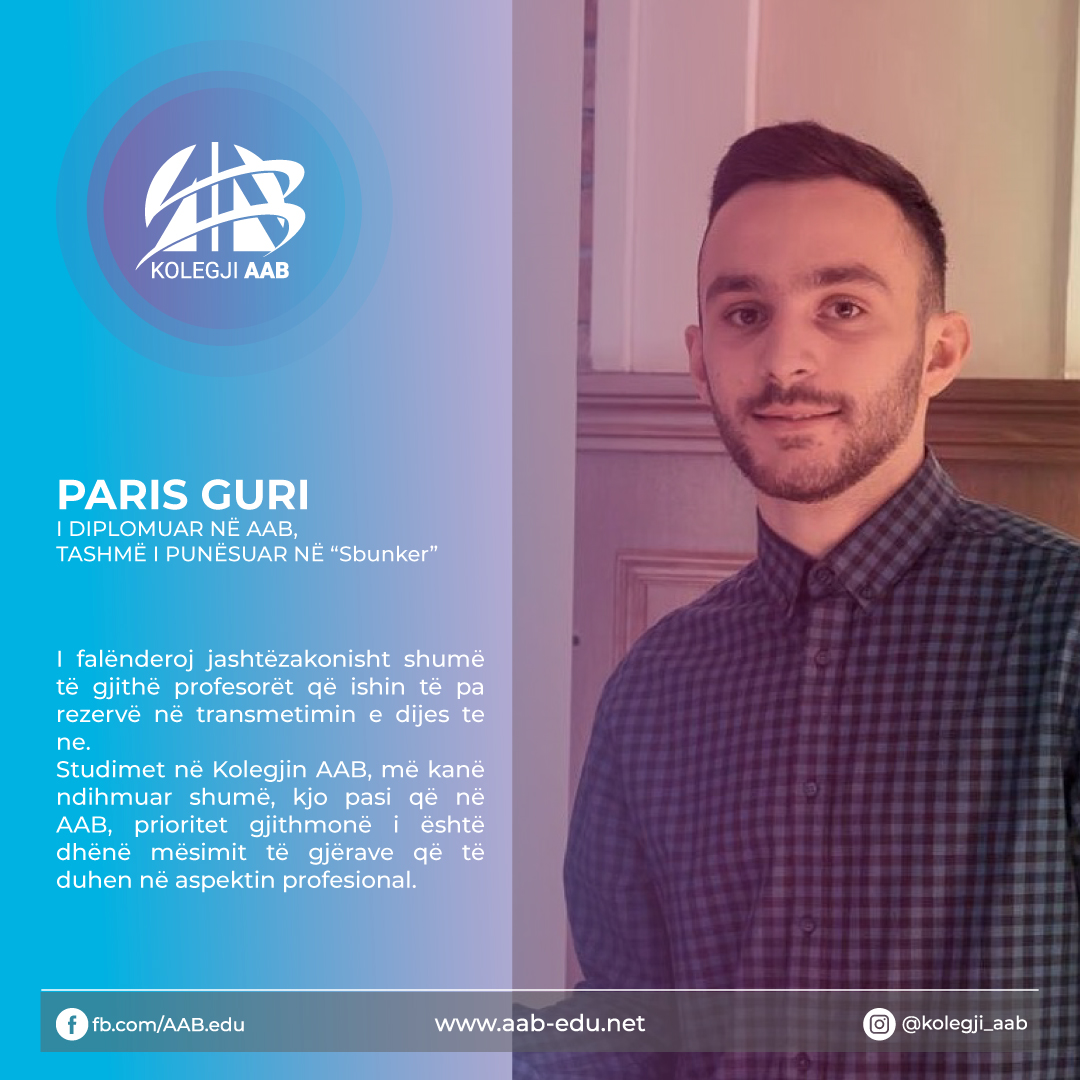 Paris Guri, a graduate of Political Science and Diplomacy at AAB College, has now become part of the Sbunker staff, a non-governmental organization that aims to rebuild the public sphere in Kosovo and wherever else Albanians may reside. Paris is now a project assistant in “Sbunker”.

He thanked AAB College for his successes so far, emphasizing that AAB College always prioritizes students and their advancement in life. I very much want to thank all the professors who didn’t hold back in enlightening us with knowledge. Studies at AAB College have helped me a lot, since in AAB, the priority has always been to teach the things that the students need in order to develop professionally. “said Paris. It is noteworthy that Paris Guri is also the winner of the award for the best video for accountability award, which was awarded by KDI and the British Embassy in Kosovo. 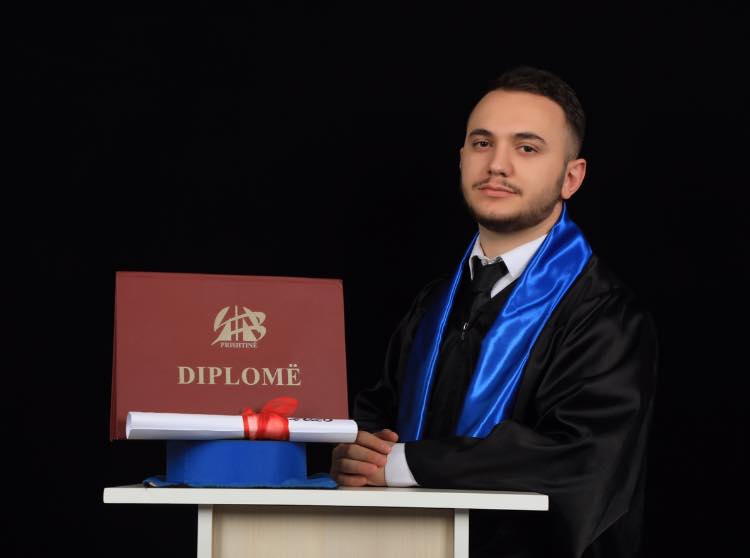 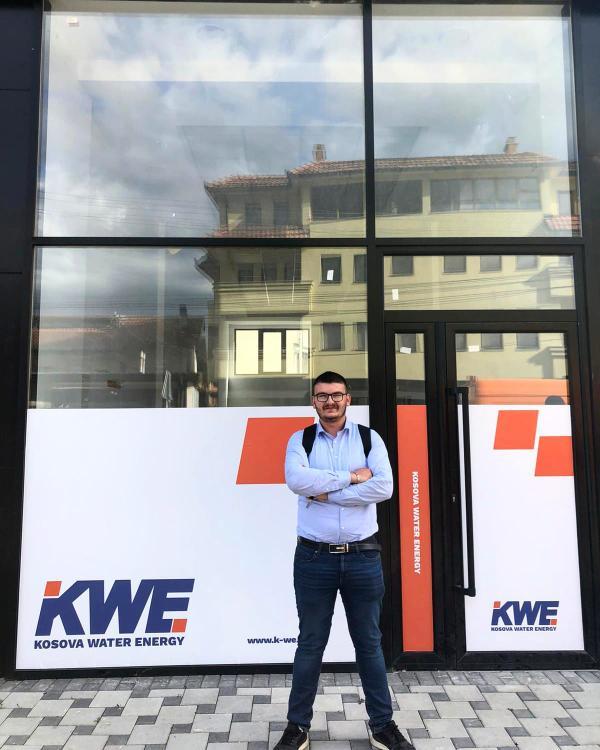 Graduated from the Faculty of Architecture in AAB College; Zenel Berisha already a part of the KWE company 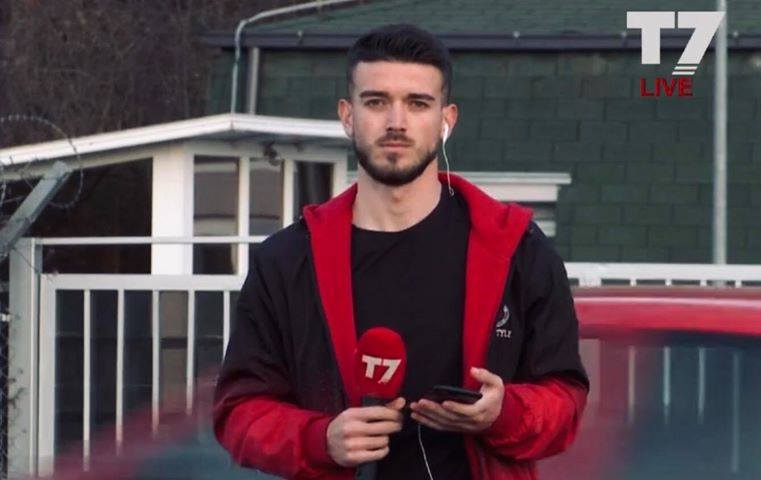